The Meaning of Water

How do you define something that is undefinable?…You define yourself–Nina Munteanu

I’m a limnologist. I study and help manage water in our environment; its flow, distribution, storage and properties. I look at how water changes the landscape, carving out huge valleys, forming deltas at river mouths, and polishing pebbles smooth on a lakeshore. I investigate the effects of its contamination by toxins, organic pollutants and disrespect. In its solid form, water has scraped out huge swaths of land and formed some of our largest lakes, dropping moraine in places and melt water from ice blocks elsewhere. In its gaseous form, water controls climate and weather.

Water is the most common substance on Earth. Chemically, the water molecule is basically two atoms of hydrogen joined to one of oxygen. Simple. Not so simple.

For something so “simple”, water is pretty complex. Its unique properties make water likely the most important element of our existence and in ways most of us can’t possibly imagine. Without water no life form could exist. Water is a universal solvent. It transports all kinds of things from the sediment of the Nile River to the oxygenated blood cells in your arteries. Water stores energy and heat. It responds to and changes the properties of all manner of things.

While Earth is blessed with copious amounts of water, 97 percent is salty and 2 percent is locked up in snow and ice. That leaves 1 percent for us to drink, bathe, and grow our crops. Less, really, because some of that water is contaminated.

Since dinosaurs quenched their thirst in the soupy marshes of the Triassic Period millions of years ago to the rain falling on your house today, the amount of moisture on Earth hasn’t changed. However, scientists predict that by 2025 1.8 billion people will live where usable water is scarce.

“Water is life,” says author Barbara Kingsolver in an article in the 2010 Water Issue of National Geographic. “It’s the briny broth of our origins, the pounding circulatory system of the world. We stake our civilizations on the coasts and mighty rivers. Our deepest dread is the threat of having too little—or too much.” North Americans use about 100 gallons of water at home every day, yet the world’s poorest subsist on less than 5 gallons, many walking miles to get their water.

One of hour greatest crimes is that we don’t treat water respectfully and with gratitude. It’s free, after all. It’s everywhere, isn’t it?

“Water is the ultimate commons”, says Kingsolver. That lack of respect and gratitude engenders subtle abuse. And that abuse spills into self-abuse. All life is made from 50 to 95 percent water with humans averaging 70 percent. Some scientists now tell us that—although an adult human contains generally two-thirds water—on a molecular level, our water content is closer to 99%.

What we do to water we do to ourselves.

My book on water entitled Water Is… combines my personal journey–as mother, limnologist and teacher–with scientific discovery to explore water’s many identities. 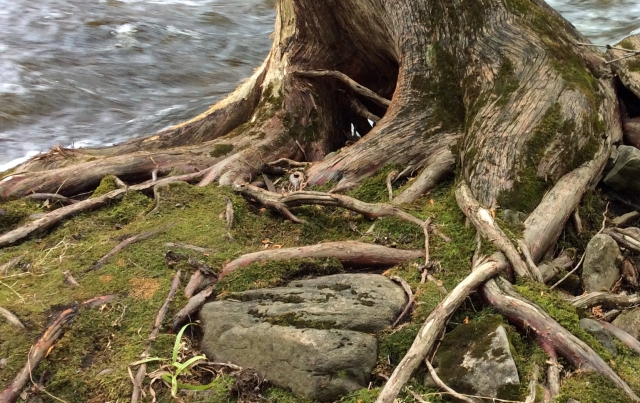 6 thoughts on “The Meaning of Water”