Man marks the Earth with ruin. His control stops with the shore—Lord Byron 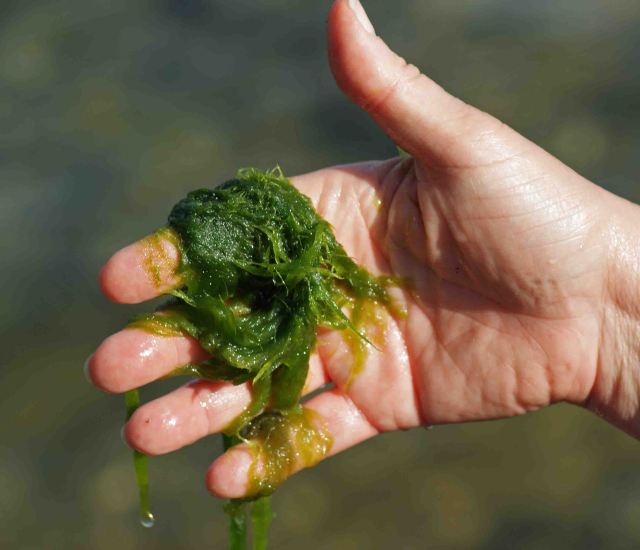 A few years ago, I read the science fiction thriller “Sea Change” by oceanographer James Powlik about a toxic algal plague that terrorized the west coast of British Columbia and Washington. In the book, the toxic algae acted as a self-organized, self-producing entity with purpose; the algae turned out to be a runaway creation of some government lab.

Nature produces such things all on her own.

One example is Fireweed, a descended strain of bacteria and algae that flourished 2.7 billion years ago, and is otherwise known as Lyngbya majuscule (a blue-green alga or cyanobacteria) that pesters the east coast of Australia. Marine ecologist Jeremy Jackson (Scripps Institution of Oceanography) calls it the “rise of slime.” Feeding on industrial waste, Fireweed thrives off the nutrient-rich runoff of modern life in Moreton Bay. It begins each spring with hairy tufts of dark purple slime that spread across the sea floor “fast enough to cover a football field in an hour,” according to the Los Angeles Times. Unwitting fishermen, bringing up their nets, inadvertently came into contact with this venomous weed in the water splashing up. The men soon brake out in searing welts, lips blistering and peeling, with eyes burning and swelling shut. 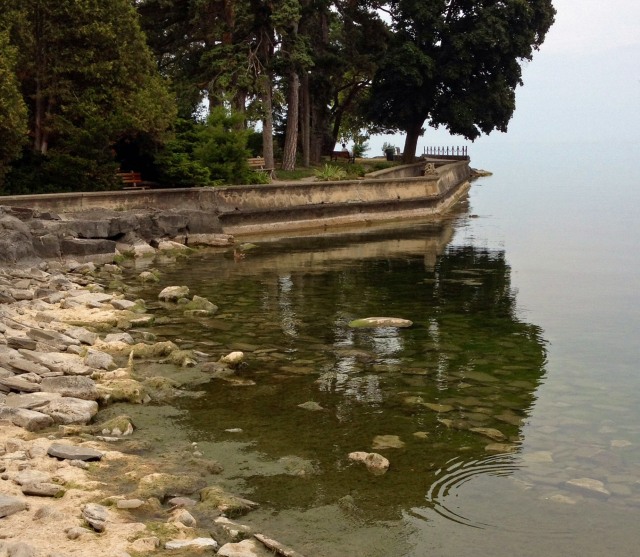 Organisms like Fireweed have been around for eons. They emerged from the primordial ooze and populated the ancient oceans. Over time, higher forms of life gained supremacy. But even the great must fall sometime…

Off the coast of Sweden each summer, blooms of blue green algae turn the Baltic Sea “into a stinking yellow-brown slush that locals call rhubarb soup,” says Kenneth Weiss of the L.A. Times. “Dead fish bob in the surf. If people get too close, their eyes burn and they have trouble breathing.” Weiss goes on to describe cases of nuisance and toxic growths all over the world: jellyfish off the Spanish coast; toxic red tides off Florida; smelly green-brown algae off the coast of Maui. “North of Venice, Italy, a sticky mixture of algae and bacteria collects on the Adriatic Sea in the spring and summer. This white mucus washes ashore, fouling beaches, or congeals into submerged blogs, some bigger than a person.”

Algal blooms form part of the natural cycles of nature. They occur from several factors that conspire to produce just the right conditions for algae to flourish. These include increased light, temperature, and nutrients (which is why many blooms occur in the spring and summer). Blooms are usually associated with an aging system, where nutrients tend to concentrate from the years of natural filling in of materials. 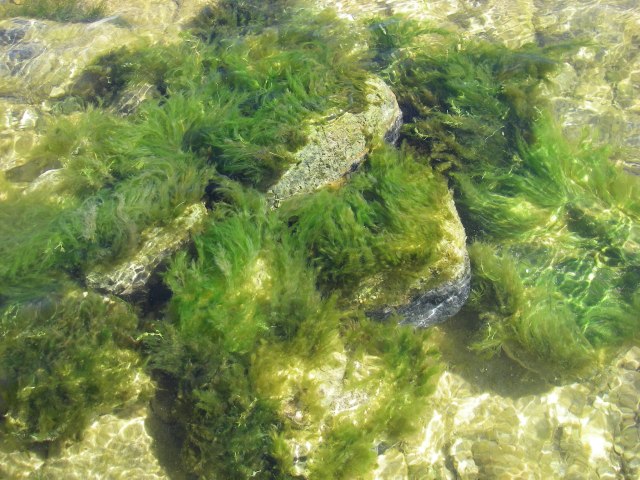 During a “bloom,” phytoplankton (floating algae) grow to hundreds, thousands or even millions of cells per milliliter. Fish kills usually happen from loss of oxygen as cells die and decompose. Toxic blooms occur when an algal species (mostly blue-greens) produces neurotoxins, usually under stress or as the cells are dying off; these blooms are typically called Harmful Algal Blooms, or HABs. Blooms can occur in both marine and freshwater. In my work as a limnologist (a scientist who studies fresh water), I’ve consulted with governments on the handling and eradication of nuisance algae in lakes and rivers. As Associate Professor Ron Johnstone (Coastal Resource Management Coordinator) said, “There’s no silver bullet or quick fix for this.” As an environmental consultant, I am often in the position of trying to balance the agendas of many stakeholders.  My biggest challenge is to achieve a consensus on use and action. Invariably one stakeholder’s priority is in direct conflict with another stakeholder’s priority or with the very ecosystem they are trying to protect. It was over twenty years ago that I told the Burnaby & New Westminster News that “we are often forced by politics to choose only one solution. There is no one solution to a problem such as this. It’s always a compromise.”

Despite the fact that algal blooms have been occurring since those salad days of the primordial soup, it is apparent to scientists that their occurrence and persistence is accelerating and they are spreading to places they have not been before. According to NOAA, scientists have determined that there are more toxic algal species, algal toxins, affected fisheries resources, food-web disruption, and economic losses from harmful algal blooms than ever before. 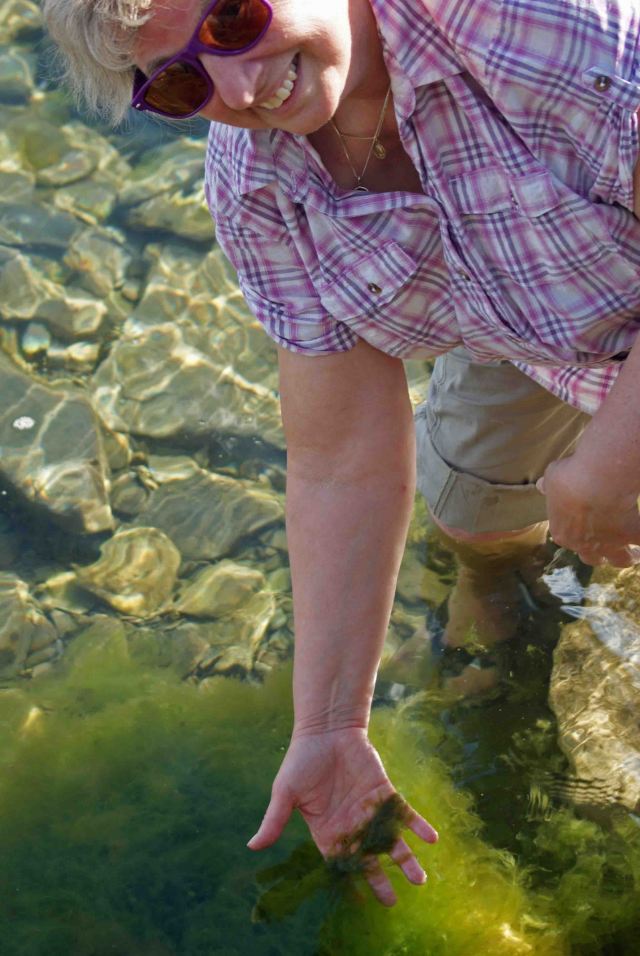 NOAA provides four reasons for this increase in perceived blooms globally: 1) improved methods of detection and greater monitoring efforts; these increase the probability that a HAB species will be recorded; 2) the introduction of exotic species via ballast water exchange or aquaculture practices; 3) blooms result when grazers fail to control the algal species’ growth; 4) blooms may result from climate changes, as well as human activities, such as increased pollution and nutrient inputs, habitat degradation including dredging, resource harvesting, and the regulation of water flows.

Kenneth Weiss of the L.A. Times offers this rather bleak future scenario: In many places—the atolls of the Pacific, the shrimp beds of the Eastern Seaboard, the fjords of Norway—some of the most advanced forms of ocean life are struggling to survive while the most primitive are thriving and spreading. Fish, corals and marine mammals are dying while algae, bacteria and jellyfish are growing unchecked. Where this pattern is most pronounced, scientists evoke a scenario of evolution running in reverse, returning to the primitive seas of hundreds of millions of years ago. “We’re pushing the oceans back to the dawn of evolution,” said Jackson. “A half-billion years ago, when the oceans were ruled by jellyfish and bacteria.”