Host Saryn Caister of The Green Majority CIUT Radio 89.5 FM discusses “Water Is…” with Nina Munteanu and her philosophy to learning and knowledge.

The interview covers some of water’s anomalous properties and why Nina decided to write a book that spans and integrates such a wide variety of angles and subjects from traditional science to spirituality. Saryn and Nina discuss some of water’s controversial properties and the claims about water and how geopolitics plays a role in this. She brings in her own career as a limnologist and how she broke away from her traditional role of scientist to create a biography of water that anyone can understand—at the risk of being ostracized by her own scientific community (just as Carl Sagan and David Suzuki were in the past). 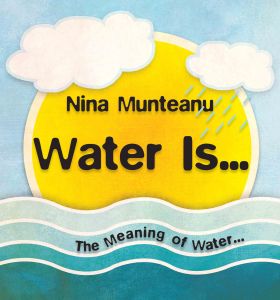 Saryn shared how Ray John Jr., an Indigenous teacher, on a previous show reminded us why these things matter. Nina responded with, “The why of things and hence the subtitle: the Meaning of Water. What does it mean to you… That’s what’s missing a lot of the time. We are bombarded with information, knowledge and prescriptions but the subliminal argument underneath—the why—why should it matter to me—is often missing. That becomes the sub-text. And it’s nice when it comes to the surface. The indigenous people… they get it, they get it.”