Wonder and Reason in The Age of Water

Little Rouge River in spring, ON (photo by Nina Munteanu)

Writer and essayist Annis Pratt begins her compelling essay “World of Wonder, World of Reason” in Impakter, with the question: “Do we live in a world of wonder where Nature ultimately calls the shots or a world of reason where Homo Sapiens are in control?”

Invoking the now vogue term “Anthropocene”, she puts it another way: “Is Nature dependent upon our definitions of it, or does it both precede and transcend human consciousness?  Does the term “Anthropocene” signal an apocalyptic shift that places us at the center of the Universe and if so, is the death of Nature upon us, or are we mistaken?”

Pratt examined and synthesized four works of different perspectives on nature and humanity to answer these questions. My book “Water Is…” was among them:

The first three, says Pratt, are scientists who made close observations of nature that filled them with wonder at the complexity of its processes: “Alexander von Humboldt, an 18th century Prussian scientist, the father of ecology; Peter Wohlleben, an ecologist who worked over twenty years for the forestry commission in Germany and Nina Munteanu, a limnologist, university teacher and award-winning ecologist.” The fourth, an Israeli historian, Yuval Noah Harari took a dramatically different stance, says Pratt. “He deplores our epoch when human egos have run amuck, putting Nature itself in peril.”

Alexander von Humboldt lived from 1769-1859 (when Darwin published Origin of Species) and considered a genius, polymath, explorer and keen observer of botanical phenomena. In a world and time when Enlightenment thinkers and scientists predicated their observations on a premise of a static unchanging Nature (recall this was prior to Darwin’s controversial theory of evolution), von Humboldt discovered that nature’s one constant was change. As with von Goethe and von Schelling, von Humboldt embraced Naturphilosophie to comprehend nature in its totality and to outline its general theoretical structure. Naturphilosophie espoused an organic and dynamic worldview as an alternative to the atomist and mechanist outlook prevailing at the time.

Von Humboldt succeeded in proving that species change according to their circumstances, such as altitude or climate. According to Wulf, Bildungsreich was a force that shaped the formation of bodies, with every living organism, from humans to mould, having this formative drive. Von Humboldt’s “discovery that natural phenomena are inter-influencing elements of an interdependent whole, connected and interacting along an ‘invisible web of life,’ made Humboldt the first ecologist,” writes Pratt.

“Contemporary German forest ranger Peter Wohlleben belongs to the same school of Naturalphilosophie as Humboldt, bringing a similar sense of curiosity and wonder to his botanical observations,” says Pratt, who suggests that criticism aimed at his work arose in response to the anthropomorphic “voice” he uses—despite validation through the work of Dr. Suzanne Simard, Professor of Forest Ecology at the University of British Columbia.

Simard showed that trees “talk” to each other through electrical impulses as part of an underground network of fungi: “like fiber-optic internet cables.”

Pratt describes the events that led to Wohlleben’s path as an ecologist and his series of “hidden life of” books: he had become uncomfortable chopping down trees and spraying the forest with chemicals and became depressed when his superiors refused to consider his alternative methods. Wohlleben had decided to quit his job and emigrate to Sweden, when the town of Hummel decided to annul its state contract, reconstitute itself as a private preserve, and hire him to implement his innovations.

Wohlleben uses the findings of Simard and other scientists that trees communicate, nourish and heal each other. “It appears that the nutrient exchange and helping neighbors in times of need is the rule, and this leads to the conclusion that forests are superorganisms with interconnections much like ant colonies,” writes Wohlleben. 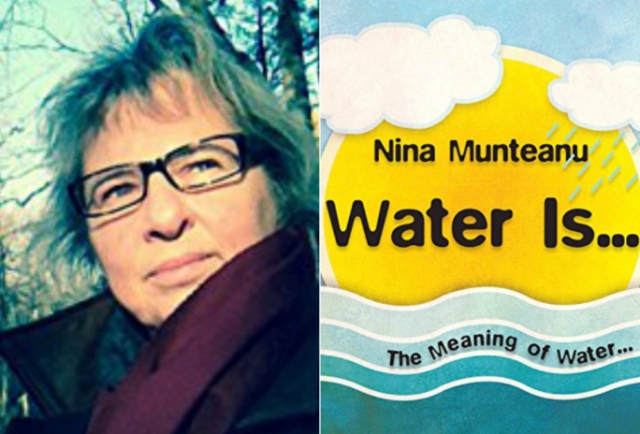 “In the same way that Peter Wohlleben approaches the hidden life of trees with a combination of scientific observation and enthusiastic wonder, in Water Is…The Meaning of Water,  Canadian limnologist Nina Munteanu observes the hidden properties of water with a scientist’s eye for detailed processes and a sense of amazement at their intricacies,” writes Pratt. “Echoing Humboldt’s discovery of the interwoven multiplicities of nature, [Munteanu] “transcends ‘Newtonian Physics and Cartesian reductionism aimed at dominating and controlling Nature’”:

“Science is beginning to understand that coherence, which exists on all levels—cellular, molecular, atomic and organic—governs all life processes. Life and all that informs it is a gestalt process. The flow of information is fractal and multidirectional, forming a complex network of paths created by resonance interactions in a self-organizing framework. It’s stable chaos. And water drives the process”—Nina Munteanu, Water Is…

“the Gaia Hypothesis proposes that living and non-living parts of our planet interact in a complex network like a super-organism. The hypothesis postulates that all living things exert a regulatory effect on the Earth’s environment that promotes life overall…Much of nature – if not all of it – embraces this hidden order, which I describe as ‘‘stable chaos’”—Nina Munteanu, Water Is…

Israeli Historian, Harari sees Homo Sapiens as destructively self-serving. “Even in our earliest history,” Pratt tells us, “he suspects we were responsible for the extirpation of the Neanderthals. Everywhere we settled, mammoths and other megafauna suffered mass extinction. “The historical record,” he concludes, “makes Homo Sapiens look like an ecological serial killer.”

We are like the bully elbowing his way at school. And our casualties—such as the extinction of a dozen species a day—are innocence lost.–Nina Munteanu

According to Harari, while the industrial revolution “liberated humankind from dependence on the surrounding ecosystem,” it provided no lasting benefit to the human race: “Many are convinced that science and technology hold the answers to all our problems…” but, “Like all other parts of our culture, it is shaped by economic, political and religious interests…We constantly wreak havoc on the surrounding ecosystem, seeking little more than our own comfort and amusement, yet never finding satisfaction,” says Harari.

To answer Pratt’s first question: “Do we live in a world of wonder where Nature ultimately calls the shots or a world of reason where Homo Sapiens are in control?” she invokes global warming to suggest that we don’t have the last say in the planet’s welfare: “Aren’t these tumultuous catastrophes demonstrative of nature’s ability to rise over and against what we throw at it? Global warming may end civilization and perhaps the human species along with so many others we have destroyed, but are human beings really capable of engineering the destruction of the planet?  I doubt it.”

I concur. While humanity is capable of extensive natural destruction, Gaia will not only accommodate—it will prevail. Very soon—some think now already—Nature may no longer resemble that “friendly” and stable Holocene environment that we’ve come to rely on and exploit so heedlessly. Species will die out. Others will take their place in a shifting world.

As the first swell of the climate change tidal wave laps at our feet, we are beginning to see the planetary results of what humanity has helped create and exacerbate. Humanity has in many ways reached a planetary tipping point; a threshold that will be felt by all aspects of our planet—both animate and inanimate—as the planet’s very identity shifts.

One thing is certain: environments will cease to be hospitable for humanity. Compared with many other life forms, we actually have very narrow tolerances to stay healthy and survive:

But something will benefit. For every perturbation imposed there is adaptation and exploitation, stitched into the flowing tapestry of evolution. That is ecology.

Ecology studies relationships and change in our environment: how we interact, impact one another, change one another. Ecology studies individuals, communities and ecosystems and provides insight into the dynamics that cause and result from these interactions.

In my upcoming novel “A Diary in the Age of Water” (due in 2020 with Inanna Publications) a journaling limnologist in the near-future reflects on the acidified oceans in her current world: flagellates (microscopic plankton with flagella) have outcompeted diatoms (food for many species) and are mainstay of the box jellyfish—the top marine predator from the Proterozoic Era—that has overrun the entire ocean. The box jellyfish is currently overrunning Tokyo Bay. The story proceeds into the future when dead zones—currently found in the Gulf of Mexico, the mouth of the Mississippi River, Chesapeake Bay, Kattegat Strait, and Baltic Sea—occur on virtually every marine and freshwater coast; the AMOC eventually fails and the oceans grow toxic; sea level immerses Florida, the Pudong District, the entire Maldives, and dozens of coastal cities; and global temperature has triggered a heat-related epidemic involving heat shock proteins. This is a world very different from the one we have grown accustomed to; it is a harsh, hostile world that no longer treats us well; but it is a world, none the less.

One of the first things we learn in Ecology 101 is that change is the one constant in biology; systems endure by striking dynamic equilibria within a shifting tapestry. Succession—the natural procession of one community to another—lies at the core of a dynamic and functional ecosystem, itself evolving to another system through succession.

“Still immature and undeveloped, an oligotrophic lake often displays a rugged untamed beauty. An oligotrophic lake hungers for the stuff of life. Sediments from incoming rivers slowly feed it with dissolved nutrients and particulate organic matter. Detritus and associated microbes slowly seed the lake. Phytoplankton eventually flourish, food for zooplankton and fish. The shores then gradually slide and fill, as does the very bottom. Deltas form and macrophytes colonize the shallows. Birds bring in more creatures. And so on. As Nature tames the unruly lake over time, one thing replaces another. As a lake undergoes its natural succession from oligotrophic to highly productive eutrophic lake, its beauty mellows and it surrenders to the complexities of destiny. Minimalism yields to a baroque richness that, in turn, heralds extinction. The lake shrinks to a swamp then buries itself under a meadow.”–A Diary in the Age of Water

In a talk I give at conferences on “Ecology and Story”, I provide examples of extremophiles that have adapted to and thrive in extreme conditions on Earth.  The brine shrimp of Mono Lake—an endorheic lake that is extremely salty, anaerobic and alkaline—happily hatch in the trillions every year. The bacteria of Rio Tinto—toxic with heavy metals—thrive on the iron through a biofilm that protects them. Radiotrophic fungi feed on gamma radiation at the Chernobyl nuclear power plant. Life on Earth will endure and prevail—not despite but alongside humanity’s imposed ecological succession.

The question is, will we survive our own succession?

Literature of the Anthropocene 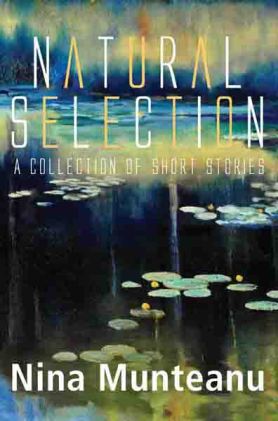