Climate Change and Our Shrinking Planet

Sunset in Niagara on the Lake, ON (photo by Nina Munteanu)

Ecologist Bill McKibben recently wrote an article in the New Yorker entitled “How Extreme Weather is Shrinking the Planet.” He is referring to how wildfires, heat waves, and rising sea levels are making large tracts of the earth unlivable. Yes, we are indeed shrinking. Says McKibben:

“We [are] spewing so much carbon into the atmosphere that nature [is] no longer a force beyond our influence—and humanity, with its capacity for industry and heedlessness, [has] come to affect every cubic metre of the planet’s air, every inch of its surface, every drop of its water. Scientists underlined this notion … when they began referring to our era as the Anthropocene, the world made by man.”

Man? Not humanity? Only men? Not women? Perhaps he’s right about that. Women have not been major players—even nowadays—or in positions with the power to provide a more holistic and practical outlook on this argument. When will men learn? When will women learn to defend our mother planet from being raped?

It would seem that some powerful men—and the androcratic*, neo-liberal capitalism of their patriarchal governments—still relentlessly rape the planet. President Vladimir Putin decided that climate change is not caused by humans and even suggested it might be a good thing; President Jair Bolsonaro plans to accelerate the deforestation of the Amazon, the world’s largest rain forest and notably responsible for the global water cycle. And President Donald Trump hasn’t moved away from his ridiculous tweet that “The concept of global warming was created by and for the Chinese in order to make U.S. manufacturing non-competitive.” I find it interesting that McKibben cites Ayn Rand, whose “disquisitions on the ‘virtue of selfishness’ and unbridled capitalism” is admired by Trump and his coterie. Read McKibben’s article for atrocious examples of Koch-linked short-term self-serving propaganda and smear campaigns linked to this philosophy.

“President Trump, who has argued that global warming is ‘a total, and very expensive, hoax,’ visited Florida to survey the wreckage [of Hurricane Michael], but told reporters that the storm had not caused him to rethink his decision to withdraw the U.S. from the Paris climate accords. He expressed no interest in the I.P.C.C. report beyond asking ‘who drew it.’ (The answer is ninety-one researchers from forty countries.) He later claimed that his ‘natural instinct’ for science made him confident that the climate would soon ‘change back.’ A month later, Trump blamed the fires in California on ‘gross mismanagement of forests,’ and totally misinterpreted Finland’s President Sauli Niinistö with a ridiculous prescription to ‘rake the forest floor to prevent wildfires.’”–which prompted Niinistö’s denial and a spate of humorous Finnish reaction on social media.

“During the past two hundred years, we have burned immense quantities of coal and gas and oil—in car motors, basement furnaces, power plants, steel mills—and, as we have done so, carbon atoms have combined with oxygen atoms in the air to produce carbon dioxide. This, along with other gases like methane, has trapped heat that would otherwise have radiated back out to space.”–McKibben

Methane—the silent wild card in all this, given that scientists have neglected to take its contribution from melting permafrost into account—promises to exacerbate climate change beyond what scientists have predicted. Methane is 20 times more efficient in trapping heat than carbon dioxide and its release into the atmosphere will contribute that much more to global warming.

In my upcoming novel “A Diary in the Age of Water,” (due in 2020 by Innana Publications) the scene below describes the desperate climate migration sometime in the 2050s …

“Abandoned by an impotent government, the masses fled north with what they could carry. Like fungal nodules on a root, northbound roads and highways sprouted tents and lean-tos. Temporary shanties colonized edges of decaying cities and evolved into permanent slums, where you could buy a dog at gunpoint to eat. Roads filled with the detritus of humanity: dead technology, rusty appliances, and vermin-infested furniture. Whole families scavenged abandoned cars as temporary homes and lived amid the rancid odour of rotting meat, human sewage and diesel fumes. Nothing stayed fresh long in 45 degree temperatures. Markets set up next to garbage dumps, selling contaminated fish and wilted lettuce. Vermin and disease chased them north with the heat wave.

Occasionally, a wave of migrants would overtake a previous wave, resulting in a violent skirmish over dwindling resources. When there is less for more, there is no sharing…”–A Diary in the Age of Water

The scary thing is that this is not so different from what we are already observing:

“Until now, human beings have been spreading, from our beginnings in Africa, out across the globe—slowly at first, and then much faster. But a period of contraction is setting in as we lose parts of the habitable earth. Sometimes our retreat will be hasty and violent; the effort to evacuate the blazing California towns along narrow roads was so chaotic that many people died in their cars. But most of the pullback will be slower, starting along the world’s coastlines. Each year, another twenty-four thousand people abandon Vietnam’s sublimely fertile Mekong Delta as crop fields are polluted with salt. As sea ice melts along the Alaskan coast, there is nothing to protect towns, cities, and native villages from the waves,” writes McKibben who discusses government plans to relocate thousands of people threatened by the rising Gulf. “We can walk away methodically, or we can flee in panic.”–McKibben

Some places inhabited by humans are becoming too hot for us to survive. McKibben describes a “crescent-shaped area encompassing parts of India, Pakistan, Bangladesh, and the North China Plain, where about 1.5 billion people (a fifth of humanity) live” will be too hot to live there. It isn’t just people who will suffer; McKibben reminds us that “We have already managed to kill off sixty per cent of the world’s wildlife since 1970 by destroying their habitats, and now higher temperatures are starting to take their toll.”

“Simple inertia and the human tendency to prioritize short-term gains have played a role, but the fossil-fuel industry’s contribution has been by far the most damaging,” writes McKibben. “Alex Steffen, an environmental writer, coined the term ‘predatory delay’ to describe “the blocking or slowing of needed change, in order to make money off unsustainable, unjust systems in the meantime.” As primary example, “Exxon—the world’s largest oil company—understood that its product was contributing to climate change a decade before Hansen testified… Not only did Exxon and other companies know that scientists like Hansen were right; they used his NASA climate models to figure out how low their drilling costs in the Arctic would eventually fall.”–McKibben

The collaborative influence of the neo-liberal corporate lobby has led to the most devastating environmental reversal by the Trump Administration: the withdrawal from the Paris accords, making the U.S., “the largest single historical source of carbon, the only nation not engaged in international efforts to control it… As a result, the particular politics of one country for one half-century will have changed the geological history of the earth,” writes McKibben.

The world has become a strange place, indeed. While the Trudeau administration recently announced an ambitious and effective carbon tax for 2019, Exxon plans to spend a million dollars to back the fight for a carbon tax of forty dollars a ton.

Ultimately, as McKibben writes below, it is the individual and our single actions that can create a new pattern and trajectory for humanity. History has continually shown that the most effective change begins with the singular sparks on the ground. That spark ignites an idea whose flame embraces a movement. And that movement enacts change—not some politician trying to fill his pockets.

“New kinds of activism keep springing up. In Sweden this fall, a one-person school boycott by a fifteen-year-old girl named Greta Thunberg helped galvanize attention across Scandinavia. At the end of October, a new British group, Extinction Rebellion—its name both a reflection of the dire science and a potentially feisty response—announced plans for a campaign of civil disobedience. Last week, fifty-one young people were arrested in Nancy Pelosi’s office for staging a sit-in, demanding that the Democrats embrace a “Green New Deal” that would address the global climate crisis with policies to create jobs in renewable energy. They may have picked a winning issue: several polls have shown that even Republicans favor more government support for solar panels. This battle is epic and undecided. If we miss the two-degree target, we will fight to prevent a rise of three degrees, and then four. It’s a long escalator down to Hell.”–McKibben 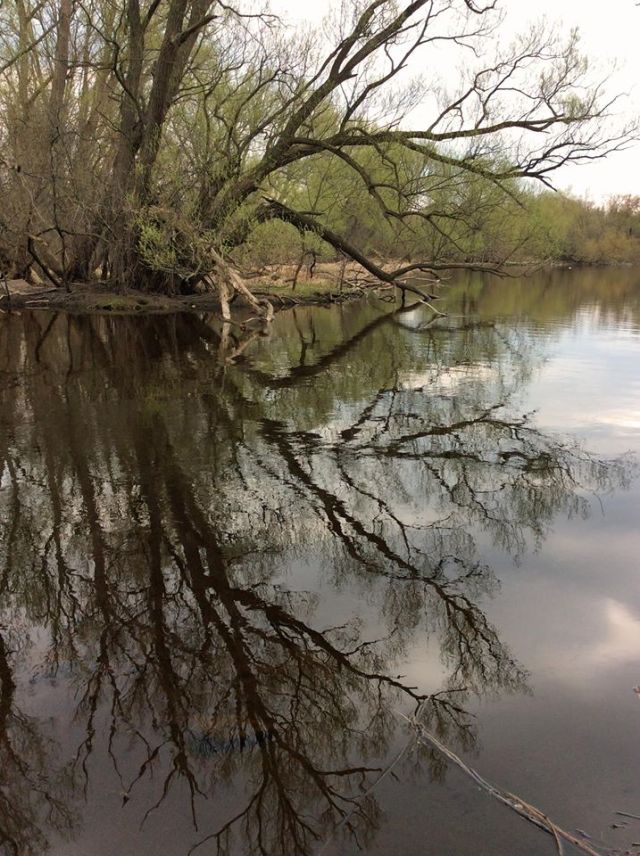 McKibben ends his article with a story about an experience he’d had at the NASA Space Centre headquarters—which, by the way, is set in the middle of a national wildlife refuge:

“Before I left, they drove me half an hour across the swamp to a pond near the Space Center’s headquarters building, just to show me some alligators. Menacing snouts were visible beneath the water, but I was more interested in the sign that had been posted at each corner of the pond explaining that the alligators were native species, not pets. “Putting any food in the water for any reason will cause them to become accustomed to people and possibly dangerous,” it went on, adding that, if that should happen, “they must be removed and destroyed.