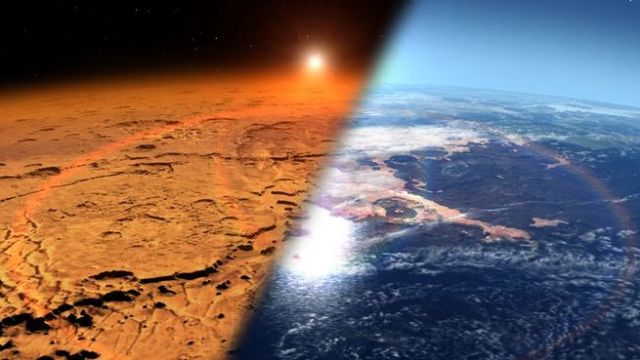 Mars wet and dry, with and without an atmosphere

Some four billion years ago, when Mars had an atmosphere, it probably looked a lot like Earth: warm, wet and habitable. Mars once had clouds, snowy mountaintops, fresh lakes, and a deep ocean. Mars was home to plenty of liquid water and lakes at least 3.6 billion years ago. So, what happened? Bruce Jakowski and others on the MAVEN (Mars Atmosphere and Volatile EvolutioN) team calculated that most of Mars’ atmosphere blew away in the solar winds.

But what about the water? 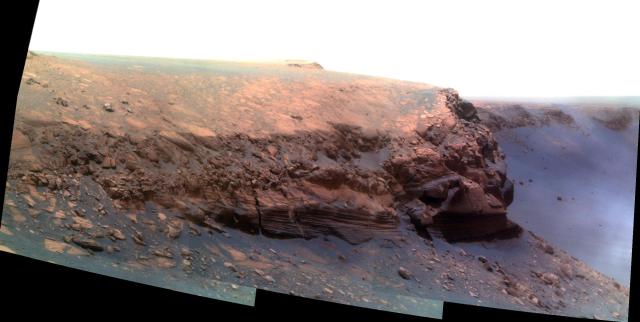 In 2013, scientists identified geographic features that suggested “surprisingly abundant” briny water near Mars’s equator. Then, in 2015, scientists provided strong evidence that briny water flows seasonally throughout the red planet. Near-surface deposits of ice, massive glaciers near the poles, and large sheets in craters and gullies had already been detected. “Mars is not the dry, arid planet that we thought of in the past,” said Jim Green, director of planetary science at NASA. Using spectral data, they found hydrated salts that suggest a seasonal pattern of water flow. “That the water is believed to be briny—not fresh—is another exciting finding,” wrote Adrienne Lafrance of The Atlantic in 2015. “It makes it more likely that the water could support life. Freshwater would freeze on Mars, and likely kill any organisms with it.”

Crater in the Sirenum Fossae region of Mars

In 2017, scientists discovered “halos” of silica-rich bedrock on the red planet, suggesting that Mars was capable of supporting life for much longer than previously believed.  NASA’s Curiosity rover had spotted lighter-toned bedrock surrounding fractures with high concentrations of silica – called “halos” – in Gale Crater on Mars. “The concentration of silica is very high at the centerlines of these halos,” said Jens Frydenvang, from Los Alamos National Laboratory in the US in a 2017 interview. “Silica appears to have migrated between very old sedimentary bedrock and into younger overlying rocks.” 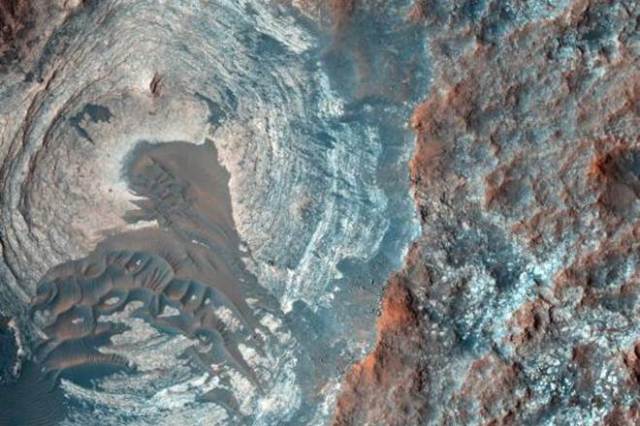 “Even when the lake eventually evaporated, substantial amounts of groundwater were present for much longer than we previously thought,” said Frydenvang. Presence of halos shows that groundwater was still flowing within the rocks more recently than previously known. This further expanded “the window for when life might have existed on Mars.”  The groundwater may have sustained life.

Eberswalde Delta, considered the “smoking gun” for water on Mars

Mars had an “extensive network of valleys that were likely carved out by water over geologic time periods…suggesting that Mars had much more water than previously thought, and the key behind calculating that amount of water is in the valleys themselves,” reports Evan Gough of Universe Today. “Sedimentary rock, hydrated minerals that only form in the presence of water, and the obvious valleys, lake basins, and deltas all show that Mars was once a world with large quantities of liquid water.”

Northern Illinois University geography professor Wei Luo and his colleagues Xuezhi Cang & Alan D. Howard used previous studies and what they knew about erosion and water cycles here on Earth, to create an innovative algorithm that calculated the volume of Mars’ valleys, and how much water would be required to excavate them.

The water volume calculated suggests that Mars had an active water cycle like Earth’s. Water would have cycled from the lakes and oceans through the atmosphere and over the surface  through precipitation and evaporation.

The debate over whether Mars currently has liquid water ended in July 2018 when astronomers, using a radar instrument called MARSIS on board the European Space Agency’s Mars Express spacecraft, published a paper in Science confirming that a large underground lake of liquid water lurked just below the surface of Mars’ southern ice cap. The lake is about 20 kilometers wide and suggests that “water on Mars is not a temporary trickle … but a persistent body of water that provides the conditions for life for extended periods of time,” said Alan Duffy, associate professor at Swinburne University in Australia.

“The discovery,” writes Astronomy.com, “is especially intriguing because underground lakes like this are also found near Earth’s poles, particularly in Greenland and Antarctica. And in recent years, scientists actually drilled deep beneath the Antarctic ice into one of these, the subglacial Lake Whillans, which had been cut off from the surface for millions of years. They found bacteria still living there in complete isolation. Scientists have also traveled deep underground into mines and found microorganisms related to ancient species that once lived in watery environments much closer to the surface. Such migrations raise the possibility of the same thing happening on Mars — as the water retreated, life moved deeper underground.” 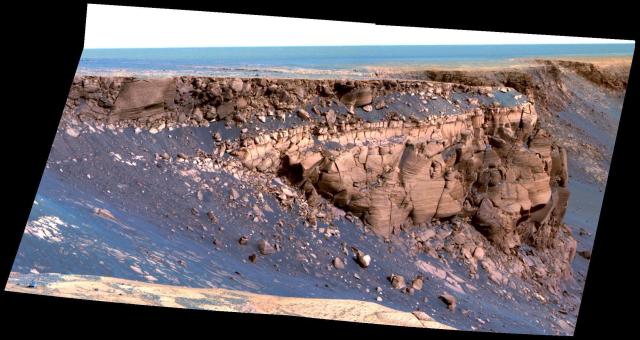 In my recent book “Water Is…The Meaning of Water” I wrote:

Knowing that water came early to the inner solar system also means that the other inner planets could have been wet early and evolved life before they became the harsh environments they are today,” explained Sune Nielsen, co-author of a 2014 study by the Woods Hole Oceanographic Institution (WHOI).

In an interview with water researcher William E. Marks, the project’s chief scientist Gary Melnick of the Harvard–Smithsonian Astrophysical Observatory in Cambridge admitted that, “we’re seeing water everywhere. Every region we’ve looked at so far contains water.” To date, evidence of water has been discovered on our Moon, the Sun, Mars, Jupiter’s moon Europa, Pluto and in the “empty” spaces between the stars (interstellar space). In addition, the Oort Cloud, a huge watery cloud surrounding our solar system and made of trillions of comets that contain ice and gases, is thought to be at least as old as the solar system. is suggests that water was present at or before the creation of our solar system.

Liquid water is commonly believed to be a prerequisite for extraterrestrial life. Given that liquid water is essential to all known life forms, its presence is one of the major criteria for determining a planet’s potential to harbour life. Water’s presence is a product of its atmospheric pressure and a stable orbit in a star’s circumstellar habitable zone. Professor Drake Deming, an expert in the study of “exoplanets” that orbit suns outside our solar system, shared that, “the water molecule is widespread in the universe. Wherever you have hydrogen and oxygen it naturally forms.” 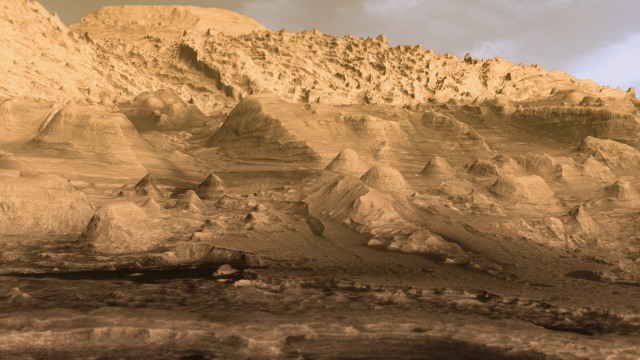 Victoria Crater with visible dune field in the centre 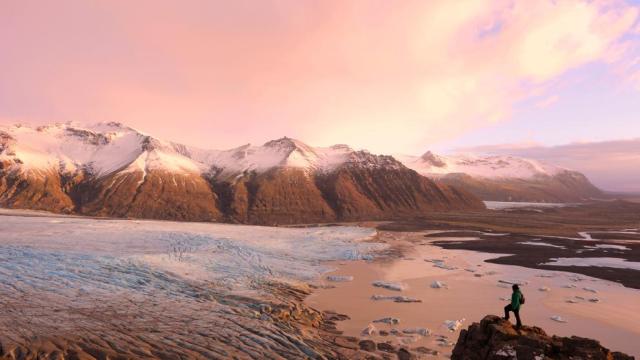 Who will be (were) the first Martians?

When I was a child—and to this day—I would look up at the deep night, dressed in sparkling stars, and let my mind and heart wander. If given the choice to explore the deep sea or the deep of space, I’d instantly reply: space, of course. I used to wonder why I chose to look away, beyond my home, to the far reaches of the unknown blackness of space, and find some thrilling element that provided an abiding fulfillment. Why did I abandon my home? Maybe I didn’t…

2 thoughts on “Liquid Water on Mars Points to Life”