China has been taking our plastic waste for three decades. In 2017, they stopped. Before they did, 95% of the plastics collected for recycling in the European Union and 70% in the US and Canada were sold and shipped to Chinese processors.

“Everyone was sending their materials to China because their contamination standard was low and their pricing was very competitive,” said Johnny Duong, acting chief operating officer of California Waste Solutions. That changed when China cut off imports of all but the cleanest and highest-grade materials. They did this to put an end to the deluge of soiled and contaminated materials that was overwhelming Chinese processing facilities.

Throughout Canada and the United States, local governments and recycling processors are struggling with all the waste that they can’t process themselves because we left it to China. And now that China is no longer taking our garbage, many places have stopped curbside service. Some have stopped accepting black plastics and rigid No 6 plastics like disposable cups. Many are burning the bulk of their recyclables, which can emit dioxins and other harmful air pollutants. Others have stopped their recycling programs altogether, leaving residents to throw them into the trash where they pile up in landfills.

Cheryl Katz of Wired tells us that, “Globally, more plastics are now ending up in landfills, incinerators, or likely littering the environment as rising costs to haul away recyclable materials increasingly render the practice unprofitable. In England, more than half a million more tons of plastics and other household garbage were burned last year [2017]. Australia’s recycling industry is facing a crisis as the country struggles to handle the 1.3 million-ton stockpile of recyclable waste it had previously shipped to China. Instead of dealing with the waste problem locally, European and North American countries have been diverting waste to places like Indonesia, Turkey, India, Malaysia and Vietnam—risking improper management and high leakage.”

It is no coincidence that key rivers identified as carrying the most plastic pollution in the ocean—such as the Indus, Ganges and Brahmaputra (India), Mekong (Vietnam), and Citarum (Indonesia)—flow through these very same countries. We share the responsibility; much of this garbage is, in fact, ours–shipped there for disposal. 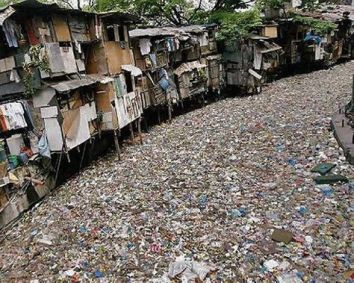 Four of Indonesia’s rivers rank among the 20 most polluted in the world, reports Molly Rose Pike of the Daily Mail. This makes Indonesia the second-largest contributor to marine plastic pollution after China (via the Yangtze). The pollution of the Citarum comes from the area’s lack of proper waste disposal; locals simply throw their rubbish into the river because they have nowhere else to put it. “it’s not just a problem unique to the banks of the Citarum,” writes Pike, who reports that an estimated two billion people across the globe have no access to proper waste management.

How can these countries be expected to handle ours?

Boy swimming amid garbage in the Mekong River

Plastic-fed lifestyles are proliferating across the Mekong neighborhood as well. About 200 tonnes of plastic waste is being dumped into Myanmar’s waterways every day. Cambodian households use ten times more plastic than their counterparts in more developed economies, and plastic has become a challenge to increasingly prosperous Laos.

Decades of reliance on China—and now other Asian countries—has meant less incentive to develop our own waste stream infrastructure. We just sent everything to China. Now we send our garbage to other countries (whose waste management standards are obviously not vetted to appropriate levels).

This is not a solution.

Even before China’s ban, only 9% of discarded plastic was being recycled; 12% was burned, contributing to air pollution. The rest was buried in landfills or simply dumped and left to wash into rivers and oceans.

Recycling is clearly not the solution to our waste problem. “Reducing the amount of waste we generate in the first place is the most important thing we can do,” says Lance Klug, information officer for California’s Department of Resources Recycling and Recovery. “We’re trying to get industry more involved in the end-of-life disposition of their products.”

In a 2019 interview with Micaela Marini Higgs of Vox, Kate O’Neill, associate professor at UC Berkeley reminded us that recycling started in the ’70s and ’80s but didn’t become widespread until the 90s. “I was living in New York in the mid ’90s and I remember when the recycling came in—that maps directly onto the years when we started exporting to China.” 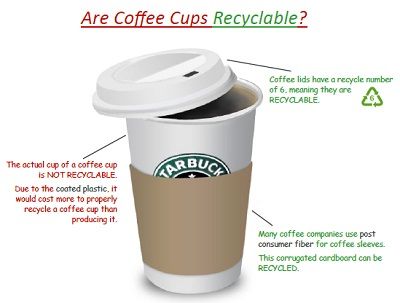 With our current recycling not functioning as a solution, what is the best solution?

Sending our garbage to another country to clean up but whose methods and success are suspect and obviously not doing the job is unethical and inhumane.

We need to own up that our throwaway culture is wasteful, harmful to the environment and shows disrespect for all life and the planet’s welfare. What is happening in Asia’s and Africa’s rivers is partly our doing. Its our plastic as well. Our wasteful habits need to change. We need to stem the waste stream at its source. Eliminating the use of throwaway plastics—is clearly the obvious solution. This requires a change in attitude toward the life-cycle of materials on the planet and our role in it. This is why Higgs, who is skeptical that this approach will easily succeed, suggests focusing on more efficient recycling as well as encouraging not using plastic.

Some progress is being made on discouraging use of disposable plastic. The European Parliament approved a ban on single-use plastics, including plastic cutlery, straws, and drink-stirrers. Many countries in northern Europe have adopted measures to reduce and eliminate use of disposable plastics. Many entrepreneurs have also taken up the challenge to produce alternative decomposable packaging products that replace plastic. The cities of Seattle, Washington and Vancouver, British Columbia and some companies have taken similar actions. Norway recently adopted a system in which makers of single-use plastic bottles pay an “environmental levy” that declines as the return rate for their products rises. The bottles must be designed for easy recycling, with no toxic additives, only clear or blue color, and water-soluble labels.

The Zero Waste Movement and the David Suzuki Foundation suggests 10 ways to help reduce and eliminate your use of disposable plastics. They suggest taking a pledge:

I agree to adopt one or more of the proposed actions:

Planet-In-Focus provides ways to achieve these in Toronto: