Biodegradable Coffee Cups Embedded with Seeds That Grow into Trees 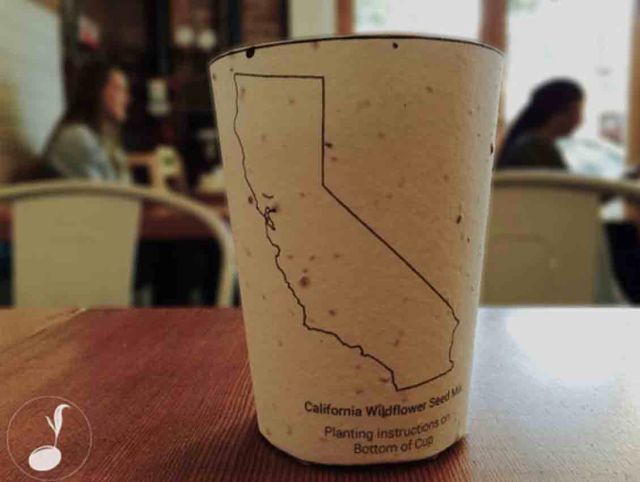 North Americans discard over 52 billion disposable single-use coffee cups and plastic lids annually. Because the cups are coated with plastic polyethylene to laminate the inside, they are not recycled. Lids are typically made of plastic #6, a polystyrene with BPA and phthalates, and known to leach styrene—on the US List of carcinogens. All for something used by the consumer for all ten-fifteen minutes then discarded—which means the local landfill, if not littered in the natural urban or suburban environment. 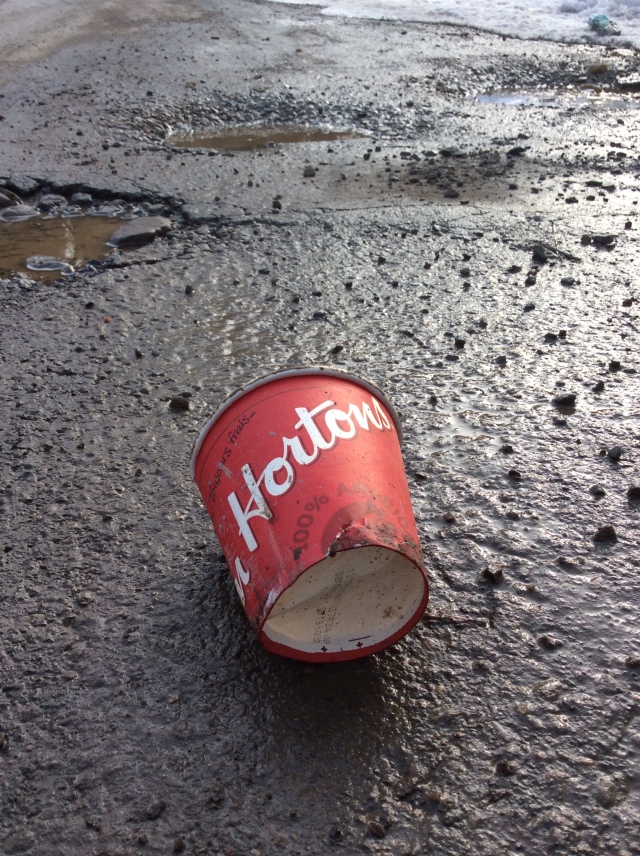 Littering is a disrespectful and inconsiderate act

A large percentage of disposable cups are made of Styrofoam or polystyrene. The world produces more than 14 million US tons of polystyrene (plastic foam) annually. Americans alone throw away 25 billion Styrofoam cups every year. 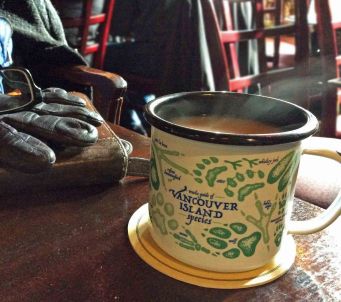 Many—myself included—are exhorting consumers to not accept single-use cups, packages and cutlery for any use by a coffee shop or place that uses disposable containers. For instance, I carry on me an enamel coffee cup and a cutlery set that I use where ever I travel. I don’t accept go-away or take out foods or liquids if they come in single-use containers. I simply don’t.

BUT so many of us have bought into the convenience of carrying things for just the short time of its use, such as the consumption of a cup of coffee on the road or to get that wonderful fix while walking to the office. Not everyone is willing or thinks they can do as I do: carry my containers with me. You’re still so attached to convenience (at the risk of sustainability).

Perhaps we can have a little of both…

The sustainability company in California Reduce.Reuse.Grow. created a biodegradable coffee cup that features embedded seeds. When you are done, you can plant the cup for the seeds to grow. The seeds in the cups are local to the region in which the cups are sold; this ensures that the plants are appropriate for the local ecosystem.

Even if the cup isn’t planted, it will biodegrade in a landfill by 180 days, turning into nutrients for other plant life.

Here’s how it’s meant to work:

Jane buys her coffee at an indie coffee shop that carries the biodegradable cup with seeds. She drinks her coffee as she walks home from work. She keeps the cup to plant. She can see the seed variety displayed on the front of the cup and the planting instructions on the bottom of the cup. Jane unravels the cup, soaks it in water for five minutes and then plants the cup somewhere she can watch the plants grow.

If Jane was on her way to work instead and decides to discard the cup in the waste stream, she can place the cup in a special trash can where Reduce.Reuse.Grow (or third parties) can come in and take the cups for local reforestation purposes. Reforestation locations can be anything from small community projects to State or National parks where fires, over grazing or other habitat destruction has occurred and additional native planting are needed to replenish those areas.

This additional aspect of community participation can promote a better sense of pride in community and create further sustainable opportunities with the local schools, conservation groups and local NGOs. It’s a win-win scenario.

Nina Munteanu is a Canadian ecologist / limnologist and novelist. She is co-editor of Europa SF and currently teaches writing courses at George Brown College and the University of Toronto. Visit www.ninamunteanu.ca for the latest on her books. Nina’s bilingual “La natura dell’acqua / The Way of Water” was published by Mincione Edizioni in Rome. Her non-fiction book “Water Is…” by Pixl Press(Vancouver) was selected by Margaret Atwood in the New York Times‘Year in Reading’ and was chosen as the 2017 Summer Read by Water Canada. Her novel “A Diary in the Age of Water” will be released by Inanna Publications (Toronto) in 2020.