The Water Crisis Is a Watershed Crisis 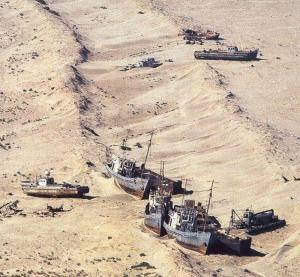 Our current water crisis is often perceived as symptomatic of climate change, itself debated as a human, global, or cosmic occurrence. “Droughts are almost always reported as the result of climate change,” says Maude Barlow, National Chairperson of the Council of Canadians.

This is an unfortunate and dangerous view.

Linking our water crisis to a global environmental phenomenon such as climate change distracts us and, for some, alleviates us from our individual responsibilities in the crisis. This view doesn’t consider that droughts and water shortages have been caused by civilizations since ancient times.

Massive water diversions and over-exploitation of groundwater have been the hallmark of explosive populations throughout the world for millennia in a “rule over Nature” paradigm of hubris. Angkor flourished for six centuries through the ingenious water collection system of the Khmer; but resulted in deforestation and desertification—and eventual collapse of the empire. The more recent desertification of the Aral Sea basin—reducing what was once the 4th largest lake in the world into a mud puddle—represents one of the world’s greatest ecological disasters. One precipitated entirely by humanity’s actions, which has, in turn, greatly affected the local climate and hydrological cycle of the greater region.

“The destruction of the Aral Sea and Lake Chad—once the fourth and sixth largest lakes in the world respectively—was not caused by climate change,” Barlow says. “It was the result of relentless extraction for commodity exports.” She describes the drought crisis in California as the result of massive water exported as “virtual water” embedded in export commodities. The Ogallala Aquifer is being depleted not by climate change, adds Barlow, but by excessive extraction, mostly for corn ethanol.

How We Affect the Water Cycle

The water crisis on this planet, and its accompanying water shortage in various parts of the world, is ultimately a function of a water cycle crisis. The water cycle—the path by which water in its three forms cycles throughout the planet—proceeds through a finely balanced interaction of ecological and geological phenomena. The cycle essentially describes the movement of water throughout the planet: moving as vapour into the atmosphere through evaporation and transpiration then condensing and precipitating back to the Earth to infiltrate into groundwater and flow as surface water through various reservoirs such as lakes and oceans only to start again. 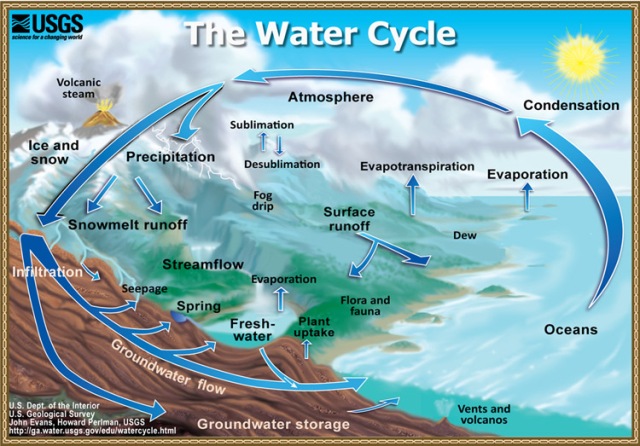 This water cycle balance is significantly influenced by vegetation, ground, landscape, and atmosphere. We impact the water cycle not just through diverting water from one place to another but—more importantly—through our activities that impact how that water cycles on Earth. One reason why this is so important to understand is that it is also at this level that the individual can act—and make a difference. More on this below.

We impact the water cycle, and water availability in a particular watershed, through two principle means:

We remove water that naturally cycles within a water-retentive landscape called a watershed either directly or indirectly (virtually). Our direct removal of water from its natural watershed is often through diversion (e.g., through canals, aqueducts, pipes, etc.). We may directly remove water from its watershed as commodity, such as in the water bottle industry. which takes water literally from one watershed and sends it to be consumed elsewhere. We similarly remove water in significant amounts from a watershed through export commodities such as fruit and vegetables or other industries that use lots of water. When water is removed from its natural watershed—through diversion or commodity export—the natural water cycle in the watershed is disrupted. With less in that “water reservoir”, less water is being cycled and less recaptured in that watershed.

When vegetation is removed from its natural watershed—through deforestation for agriculture or land clearing for development—the natural water cycle in the watershed is disrupted. Less vegetation means less evapotranspiration. Vegetation—trees particularly—are water reservoirs. The crown of one large tree stores up to a hundred gallons of water. Trees soften the rain, allowing the ground to absorb it. Removal of trees reduces the water retentive quality of the ground, creating hardpan. Exposing hardpan to rain creates massive surface runoff that is lost to the system and washes away minerals and nutrients along with it. Development (housing, roads and parking lots) create large areas of impervious surfaces; this reduces water percolation into the ground–and ground recharge–and just speeds up water’s journey: the opposite of what trees do. The whole cycle speeds up. Water becomes unruly and precipitates flash flooding on the one hand and drought on the other.

Maude Barlow describes a global recovery plan for water that includes the following key components to establish, maintain and support:

Barlow reminds us that five years ago, the United Nations General Assembly adopted a historic resolution to recognize water and sanitation as fundamental human rights. The Council of Canadians established the Blue Communities Project that gives people the tools to encourage their local governments to recognize water as a human right, promote publicly financed water and wastewater facilities and ban the purchase and sale of bottled water in public facilities. In 2014 the Council of Canadians celebrated Tay Township in Ontario, Cambuquira, Brazil and Zurich, Switzerland all becoming Blue Communities. The Council of Canadians also worked with local organizations to being international attention to Detroit, Michigan, where thousands of people unable to pay their soaring water bills, faced water shut-offs.

What We Can All Do

We can make a difference in our own community by adopting—and educating others in—some ways to help keep the water cycle in our own watershed healthy. Here are just a few things you and I can do:

Trees are highly evolved water management specialists, writes Jim Robbins, author of The Man Who Plants Trees. “A forest is a soft carpet on the landscape that allows a downpour to reach the ground gently rather than in a torrent, so that it can be absorbed rather than runoff,” writes Robbins. This one fact reminds us of Nature’s intricately woven fabric of intelligence and how water works so beautifully with all the components of our natural world.

Trees and forests are the highest functioning members of ecological society, Robbins tells us. “Trees create rain; render … toxic wastes in the soil harmless; neutralize [potentially] harmful air pollutants in their tissue; offer shade; provide medicine. They sustain wildlife [with] food and shelter. They are the planet’s heat shield, slowing the evaporation of water and cooling the earth. They generate vast clouds of chemicals that are vital to … the earth’s ecosystems and likely vital to our health and well-being. They are natural reservoirs—as much as a hundred gallons of water can be stored in the crown of a large tree. The water they release is part of a largely unrecognized water cycle.”

Trees are the lungs and air conditioners of our biosphere. In addition to taking up carbon dioxide and providing oxygen, trees buffer against extreme weather. They help modify local climate by lowering air temperature (through shade) in the summer, increasing humidity, influencing wind speeds and reducing glare. Scientists in Germany and the UK demonstrated that trees create and release atmospheric aerosols—biogenic volatile organic compounds such as alcohols, esters, ethers, carbonyl, terpenes, acids and other compounds—that essentially filter the sun’s radiation as well as do other things we still don’t understand. Terpene aerosols help create and thicken the clouds and produce an albedo effect that reflects more sunlight back into space. One large tree, for instance, produces the cooling effect of ten room-sized air conditioners operating 24 hours a day.

Trees broadcast a host of chemicals into the environment. The abundance of these aerosols depends on a range of factors, from the amount of sunlight and ambient temperature to the genetics and species of the tree. Some scientists speculate that aerosols help protect against air pollution and to communicate. The tree “is a chemical factory,” says botanist and biochemist Diana Beresford-Kroeger. Aerosols released by trees are part of a sophisticated survival strategy, Beresford-Kroeger adds.

Two studies published in 1983 showed that willow trees, poplars and sugar maples warn each other about insect attacks; undamaged trees then pump bug-repelling chemicals to ward off the attack. Black walnut trees emit juglone, an aerosol that repels competing nearby plants and some insects. Some roots emit a volatile substance that attracts useful fungi. Karban and his team at the University of California, Davis, demonstrated that airborne communication between individual sagebrush plants (called “eavesdropping”) helped other plants resist attacks. Beresford-Kroeger believes that trees help maintain the health of the natural world as they constantly shower healing chemical mists into the air. “These substances are at the heart of connectivity in nature,” says Beresford-Kroeger. For instance, when you walk through a pine forest on a warm day, the sharp pungent smell of pinene, a monoterpene, helps to relieve asthma. Another monoterpene aerosol, limonene, has demonstrated anticancer properties by Dr. Michael Gould at the University of Wisconsin.

The notion that forests are linked to health is practiced seriously in Europe and the East, such as Japan, Russia and Korea. The effects of Shinrun-yoku (forest bathing or wood-air bathing) is practiced in Japan. Why do we feel so good around trees and in the forest? When I enter a forest or woodland, a calming force descends upon me; perhaps it is the healing mist of trees. My mind quiets and embraces a meditative quality. Many of us feel a sense of peace in a forest. This is, of course, the result of several factors including sounds and frequencies, increased negative charge, scents and simple aesthetic appreciation. I write more about this in Chapters 4 and 12 (Water Is Communication and Water Is Wisdom) of my book “Water Is…”.

Researchers in Europe and Japan found that the amount and proximity of green space to a person’s home reliably predicted mental and physical health. Anxiety and depression was significantly reduced in the presence of green space. Vegetation creates “a halo of improved health.” Dr. Frances Kuo at the University of Illinois demonstrated that just seeing a tree helps cognition and promotes a sense of well being. Kuo believes that lack of trees is debilitating to general social health. “A disappearing urban forest leads to psychological, physical, and social breakdown,” says Kuo. “Just as animals in unfit environments develop certain behavioral and functional pathologies, we may see more child abuse or crime or their problems when people live in unfit environments.” Attention Restoration Theory suggests that a human-made environment of objects—cars, buildings—requires high-frequency processing in the brain; while a landscaped environment allows the observer to relax, resulting in reduced muscle tension, lower heart rate and a generally less stressful physiology. The forms, textures and colours of nature have always been appealing to us.

This article is an adapted excerpt from Nina Munteanu’s upcoming book “Water Is…” (Pixl Press) due spring 2016. 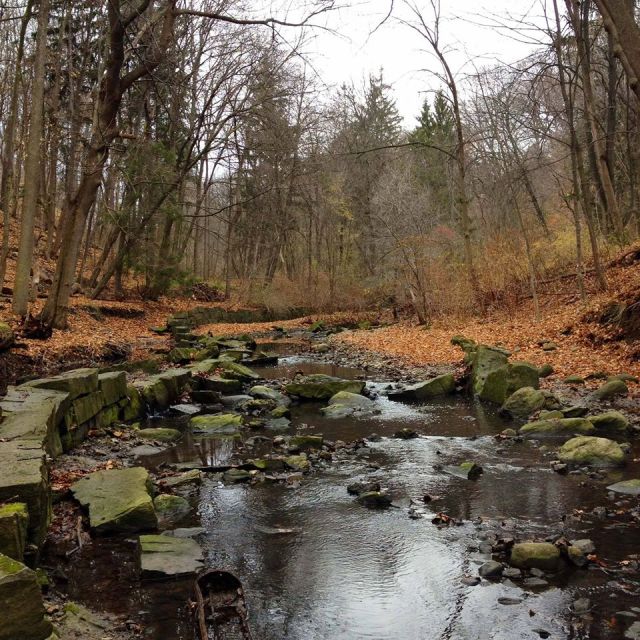 One thought on “The Water Crisis Is a Watershed Crisis”