It’s July 2030. You are heading to Vancouver Island to deliver a presentation to the International Community Planning Committee in Victoria on your innovative biomimetic design for an organic self-organized wellness centre and recreation complex in Sydney.

You walk toward English Bay to the nearest Hydrogenase Hub, where you are meeting with your team to discuss the presentation. The hub is a floating algal farm. The farm and the elongated seed-shaped airship docked at its centre both produce biofuel—essentially hydrogen—from the microorganism Chlamydomonas reinhardtii. Your mom, a former environmental consultant and algal scientist—now she writes science fiction—explained to you that this unicellular organism has both plant and animal properties; it carries out photosynthesis but is also heterotrophic (able to use organic carbon to grow) and will in the absence of oxygen produce gaseous hydrogen and metabolites such as formate and ethanol through hydrogenase enzymes. Chlamydomonas reinhardtii was first discovered as a clean source of hydrogen back in 1939 by German scientist Hans Gaffron at the University of Chicago (ironically the same year Germany invaded Poland). Gaffron called it “photosynthetic hydrogen production by algae”; and today it is a process that produces electricity and biofuel with zero emissions.

The algae farm recycles CO2 for the bio-hydrogen airship you will be boarding after your meeting in the hub. You enter the airy station, whose honeycomb circular design resembles a stylized lily pad and glance up through the high nano-glass ceiling toward the elongated seed-shaped transport rising ten stories above you. The sun glances off the diaphanous double helix frame that resembles a freshwater spirogyra. The hub you’re standing in is a floating algae farm with solar cells on top and hydro-turbines below to capture tidal energy.

The concept is the “subversive architecture” of Belgian architect Vincent Callebaut and inspired by the principles of biomimicry, coined by Janine Benyus in 2002 in her book “Biomimicry: Innovation Inspired by Nature”. Callebaut conceived Hydrogenase in 2010 as a 100% self-sufficient and zero-emission transport system using algae. He claimed that a hectare of seaweeds could produce 120 times more biofuel than a hectare of colza, soya or sunflower without consuming land needed for crops or forests. He called Hydrogenase a true miniature biochemical power station. Able to absorb CO2 as the main nutrient through photosynthesis the algae, under anaerobic conditions, produce hydrogen in vitro or in bioreactors.

You swipe your PAL over the ticket booth sensor and the optional ticket-brochure pops out. You take it and read the specs between glances at the tall vessel loading in the dock of the hub. It’s really like a vertical dirigible, you think, studying the seed-shaped airship with self-cleaning “intelligent” nanostructured glass—inspired by the lotus leaf that doesn’t get wet. The semi-rigid unpressurised airship stretches vertically around an arborescent spine that twists like chloroplast ribbons 400 meters high and 180 meters in diameter.

cells and twenty wind turbines to maneuver and collect energy. The interior spaces provide room for housing, offices, scientific laboratories, and entertainment, and a series of vegetable gardens that provide a source of food while recycling waste.  You read that this self-sufficient organic transport flies about 2000 meters high at about 175 km/hr (twice the speed of a conventional ship). Given its ease in negotiating airspace and its ability to land and take off from virtually any location, the Hydrogenase is used by many groups in various capacities. Your friend Michael who teaches at the University of Victoria uses one as a mobile research station in his studies along the coast of northern British Columbia.

The vessel is made of “intelligent layers” and “self-separable ceramics”. Its bionic coating draws inspiration from sharkskin that is self-cleaning and flow-efficient.

You head down the spiral staircase to the third subsea level toward the meeting room you booked earlier on your PAL. The view is spectacular from here through the nano-glass panes. Rays of shimmering light stream through a gently swaying forest of kelp. You glimpse the sun-glinted flickering of hundreds of anchovies as they school through the kelp. This floating farm is an organic purifying station of four carbon wells where the algae recycle the carbonated waste brought by the airships and, in turn, feed the airship with biohydrogen. It’s the new “gas station”, you reflect with a smile.

After your meeting with staff, you and three others of your team board the airship and settle in one of the skyview chambers. The journey is relaxing, like the BC Ferry used to be, but without the pungent smell and pollution of conventional motorized sea vessels. It’s a quiet and relaxing trip with a spectacular view of the Gulf Islands. Your team strategizes your presentation over a light lunch and Matcha lattes.

The PA system sounds and a woman’s voice informs you that the ship will be making an emergency landing on Saturna Island to rescue two hikers injured at East Point. This will only add twenty minutes to the trip, the woman assures you. You don’t mind and recall the disclaimer at the bottom of the ticket. Given the ability of this airship to take off and accurately land virtually anywhere, all Hydrogenases are by law mandated to be on standby for rescue missions in rough terrain.

You pull out the ticket and read again: The Hydrogenase is affiliated with the International Red Cross and BC Coastguard. The Hydrogenase must by law respond to any distress call at sea or rough terrain associated with coastal waters. Because of this service, we cannot guarantee a timely schedule.

You recall how Hydrogenases were deployed in the last hurricane disaster off the coast of Florida last year, saving countless people trapped in the flooding that accompanied the storm. The International Red Cross uses them as flying hospitals.

Bernard frets over the time delay. He is concerned about the lack of preparation and set up time once you get into Victoria. You assuage him gently. The best preparation is sincerity, you tell him. The landscape architect Thomas Woltz, whose work you highly respect, saw himself as someone who embraces the complexity of modern life while seeking meaning and narrative in both natural and man-made environments. 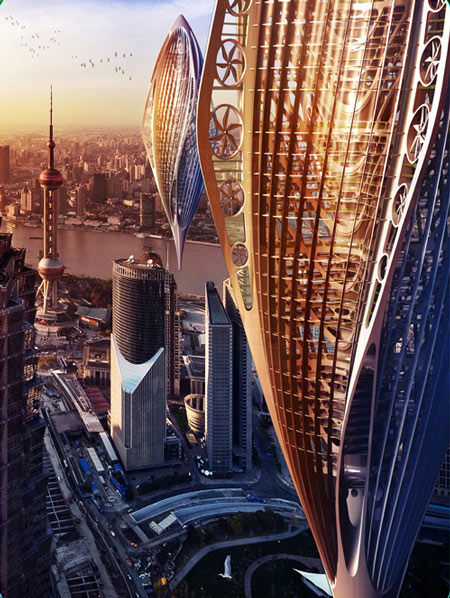 “We’re storytellers,” you tell Andre. Invoking metaphor through design. “They know we’re coming and they know we’re helping someone; they’ll wait for our story. And it’s all about harmony.”

The lines of Henry David Thoreau come to you: Man’s life must be of equal simplicity and sincerity with nature, and his actions harmonize with her grandeur and beauty.

Then you point your PAL at the ServiceBot and order three more lattes. You lean back in your bamboo fabric chair and cross your legs over the leg rest.