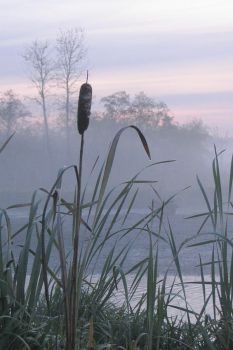 On June 16, 2017, members of the Quebec National Assembly unanimously voted to pass the Wetlands and Water Conservation Act, leading the nation in wetland conservation.

The Act embodies the No-Net-Loss principle, which enforces and aids in accountability for wetland and waterbody conservation. No wetland can be destroyed without being replaced through restoration or creation. Under the Act, the Minister of Environment can develop and implement programs to create and restore wetlands and waterbodies in addition to imposing requirements on all aspects of that process.

Wetlands include marshes, swamps, fens, and bogs, all irreplaceable habitat for a huge diversity of nesting, feeding and staging waterfowl, reptiles, amphibians and mammals—many at risk. Wetlands provide a major filtration system, removing contaminants, improving water quality and renewing water’s vitality; wetlands serve as reservoirs, controlling and reducing flooding toward a more balanced hydrological cycle. Wetlands are a source of oxygen and water vapour, serving a vital role in our global atmospheric and climatic cycles. As ecotones—transitional areas—wetlands protect coasts from erosion and provide exceptional opportunities for boundary interaction and the emergence of ecological vitality.

Travelling the world has helped me realize that as a Canadian from Quebec, I was blessed with an abundance of water. I lived my entire life in a country and province of plentiful and healthy water. Canada holds one-fifth of the world’s fresh water in lakes, rivers, and wetlands, as well as in our underground aquifers and glaciers. Canada’s wetlands, which cover more than 1.2 million square kilometres, make Canada the largest wetland area in the world. Perhaps it is no coincidence that Canada is steward of the world’s largest wetlands.

Like a good metaphor, wetlands “recognize” and encompass similarities between dissimilarities. Wetlands powerfully connect. Canada’s strong multi-cultural policies and its open tolerance in embracing and celebrating diversity makes it the ideal “wetland” of the world.

According to Ducks Unlimited Canada, the province of Quebec is “safeguarding water resources, maintaining biodiversity, and both fighting against and adapting to climate change” with this new Act. 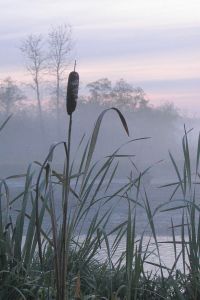 At the recent Canadian Water Summit in Toronto, the Honourable Glen Murray, Environment Minister of Ontario, praised Quebec for reducing its carbon emissions to 1999 levels.