Putting Ecology Back into the City 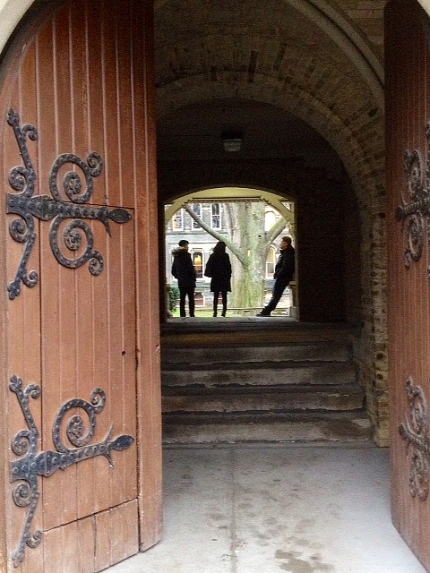 My son is at the University of Toronto studying to be a landscape architect. I think this is one of the most important jobs in the city. At its root is a mission to connect an entire community through Nature. Parks, green spaces, street trees, and community gardens and paths facilitate physical activity, social contacts, and stress reduction.

In their article in Science, Terry Hartig and Peter Kahn argue that natural features, settings and processes in urban areas help reduce stress, anxiety and depression. Street trees, green roofs, community gardens, open spaces, parks and bike paths all increase public health. “Such urban design provisions can also yield ecological benefits, not only directly but also through the role they play in shaping attitudes toward the environment and environmental protection,” they write.

These studies only support what we all know in our hearts: that spending time in natural environments or even viewing natural scenes lifts our spirits, improves our ability to direct attention, and helps memory and general cognition. Open your windows and let the air in. Smell the flowers. Listen to the birds singing or the wind rustling through the leaves. Find a stream and wade barefoot into it. Feel its current tug your legs in pulses. Step outside in a rainstorm and let yourself get soaked. Smell the freshness of the air.

Heavy rain in Mississauga, ON (photo by Nina Munteanu)

My son teaches me about how communities connect and why certain urban features are more attractive and conducive to community than others. He has been teaching me a lot about the importance of the urban landscape in building meaning and connection in a community.

Kahn mentions building relevant interactions patterns in the city as key to building healthy connections: “Think about meaningful ways that you interact with nature, then characterize it in such a way that you could see the same thing happening with different forms of nature. That’s an interaction pattern. For example, it’s wonderful to walk along the edge of a lake or along a river. The pattern could be framed as walking along the edges of water. Once you can name that as an important ‘pattern’ you now have a design principle that can help you build city infrastructure to engender the interaction.”

2 thoughts on “Putting Ecology Back into the City”