Diatoms in the Time of Climate Change 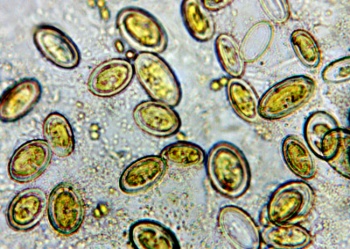 Some time ago, I studied diatoms in freshwater streams in the Eastern Townships for my Master of Science degree. Diatoms are microscopic plantlike organisms that make a hard silica (glass) cell wall (called a frustule) that is often beautifully marked and striated. It is these markings that phycologists use to identify the many diatom species that exist. 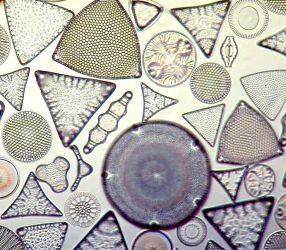 They’ve often been called “jewels of the sea” and “living opals” because of their photonic nanostructure. Diatomaceous earth is used in a variety of things from water filtration, as a mild abrasive (e.g., in toothpaste), and in cat litter.

Diatoms live in oceans, freshwater and soils and number in the trillions. They generate some 20 percent of the oxygen produced on the planet and contribute nearly half of the organic material found in the oceans. 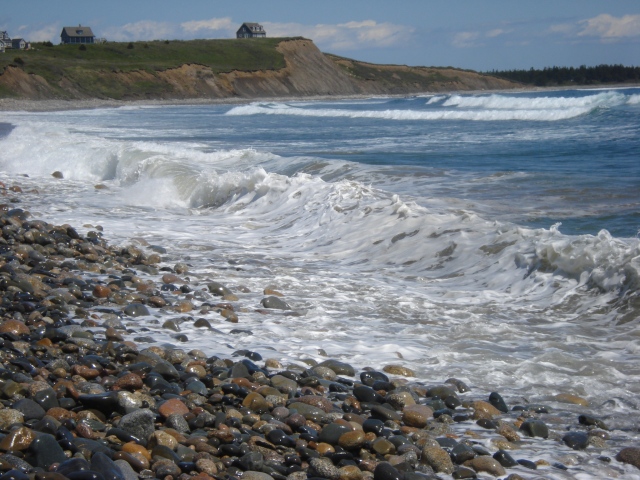 In oceans, diatoms make up a large portion of the microscopic floating plantlike organisms (phytoplankton) that help remove CO2, much like trees absorb greenhouse gases from the atmosphere. When the diatoms die, they sink to the ocean floor, burying the carbon and locking it away for millennia. Phytoplankton are “tremendously important,” says Andrew Barton, oceanographer and associate research scholar at Princeton University in an article by Sarah Watts in Pacific Standard Magazine. “They’re at the very bottom of the food chain, and what happens at the bottom impacts everybody.” 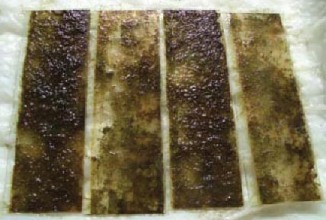 During my research in several streams in the Eastern Townships, I examined how diatoms colonized artificial substrates; how they formed productive biofilms that sustained an entire periphyton (attached) community of aquatic life. I submerged glass slides (the kind people use to look at critters under the microscope) in a device in the stream and oriented them parallel to the current.

I discovered that the diatoms colonized these surfaces in weird ways based on micro-turbulence. Early colonizers, like Achnanthes and Cocconeis preferred to settle on the edges of the slides, where the chaos of turbulence ruled over the sheer of laminar flow. The paper was cited by many other studies and the term “edge effect” (leading to spatial heterogeneity) came into the scientific lexicon.

This all reminded me that these tiny and mobile photosynthetic creatures respond in surprising ways to a host of triggers, showing an “intelligence” of their environment (possibly something we are struggling with now as climate changes and we squirm). Life creates the order it needs to thrive in a chaotic and ever-changing environment. Like temperature. And climate. So, despite their tiny size, diatoms play a major role in moderating the Earth’s climate.

“Oceans have absorbed up to 30 percent of human-made carbon dioxide around the world,” writes Jennifer Chu of MIT News. But as the uptake of carbon dioxide has increased in the last century, so has the acidity of the oceans. The pH of the oceans are projected to drop from 8.1 today to 7.8 in 2100. This acidification is affecting global populations of phytoplankton, favouring some and discouraging others.

Researchers at Scripps Institution of Oceanography and the J. Craig Venter Institute (JCVI) recently demonstrated that diatoms need carbonate ions to get their iron from the water to grow. But sea surface carbonate ions are dropping as the seas acidify and carbon dioxide solubility decreases; carbonate levels—and uptake by diatoms—are expected to drop by 50% by the end of this century. The Scripps study revealed the possibility of a “feedback mechanism” in regions where iron already constrains phytoplankton growth.

“In these regions, high concentrations of atmospheric CO2 could decrease phytoplankton growth, restricting the ability of the ocean to absorb CO2 and thus leading to ever higher concentrations of CO2 accumulating in the atmosphere,” said Jeff McQuaid, lead author of the Scripps study.

Andrew E. Allen, senior author of the study added that genetics of marine microbes is not well known. Using synthetic biological tools, the team discovered that the iron-responsive genes in diatoms are shared with every major phytoplankton group—ultimately suggesting disturbing effects throughout the global food chain.

When Diatoms Leave for the Poles 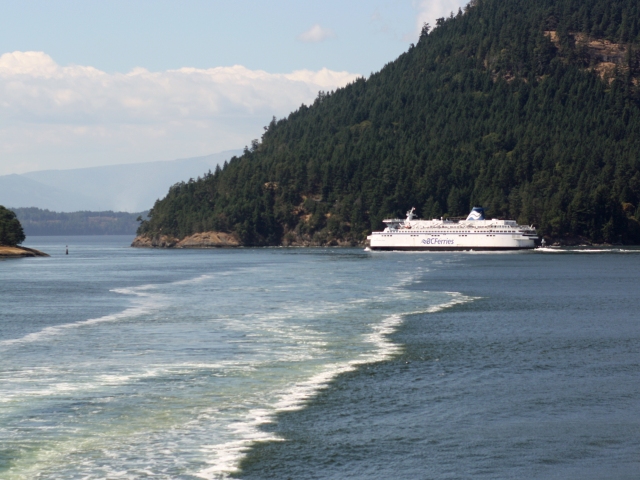 BC Ferry leaves wake in Active Pass, BC coast  (photo by Nina Munteanu

Because phytoplankton generally thrive better in cooler waters, they are migrating to cooler regions—towards the poles. Scientists predict that phytoplankton along the North Atlantic will migrate toward cooler waters off the coast of Greenland. The loss of phytoplankton in the southern regions will not only impact fisheries, but will mean that less carbon dioxide is trapped.

The migration of phytoplankton—with some doing better than others—may shift competition at the plankton level with further ramifications up the food chain, says Stephanie Dulkiewicz, principal research scientist in MIT’s Center for Global Change Science. “Normally, over evolutionary time, things come to a stable point where multiple species can live together,” says Dutkiewicz. “But if one of them gets a boost, even though the other might get a boost, but not as big, it might get outcompeted. So you might get whole species just disappearing because responses are slightly different… Generally, a polar bear eats things that start feeding on a diatom, and is probably not fed by something that feeds on Prochlorococcus, for example. The whole food chain is going to be different.”

“For decades,” writes Watts, “researchers have pointed to phytoplankton as one of the planet’s most valuable resources. They form the basis of the marine food chain and provide half the ocean’s oxygen (while trees, shrubs, and grasses provide the other half). Hurricanes churn the ocean, bringing up nutrients like nitrogen, phosphate, and iron from the depths of the ocean and introducing them to the surface levels where plankton live. In turn, the phytoplankton bloom and spread, and marine life grows with it.” BUT, “even as hurricanes are increasing and intensifying, scientists say that phytoplankton is still in serious danger of dying out.”

This is because things are out of balance. When that happens, Nature accommodates; it looks for change.

And when that happens, all life as we know it will be impacted and must change too. The question is: how will humanity change to accommodate climate change? And will it be fast enough? 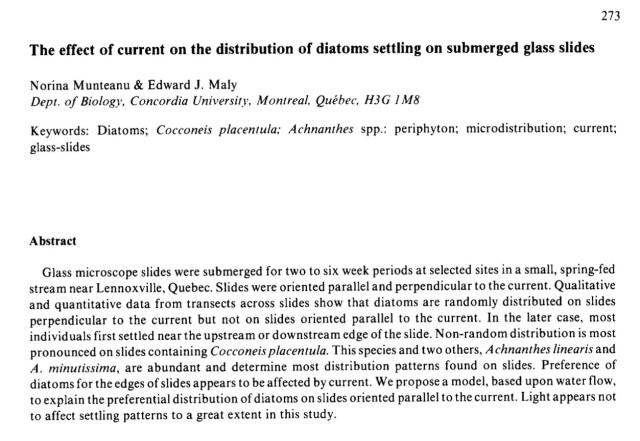 To read my entire 1981 paper (“The effect of current on the distribution of diatoms settling on submerged glass slides” Hydrobiologia 78: 273-282) go to the Springer site and download.

2 thoughts on “Diatoms in the Time of Climate Change”