Can Stories Save the Planet?

Paolo Bacigalupi’s The Water Knife. Margaret Atwood’s The Year of the Flood. Kim Stanley Robinson’s Green Earth, J.G. Ballard’s The Drowned World. Emmi Itaränta’s  Memory of Water. My own A Diary in the Age of Water. These are all compelling dystopian / socio-political thrillers that engage readers with climate change and strong water themes that currently face us. Water shortage. Deforestation and the massive extinction of species. Increased floods, droughts and storms. The Anthropocene is upon us and so is its literature. Some call it science fiction or speculative fiction; others call it eco-fiction, climate fiction, of cli-fi. In truth, Anthropocene elements are spilling into all forms of fiction, including literary fiction and other fiction genres, as its undercurrents seep into mainstream life. 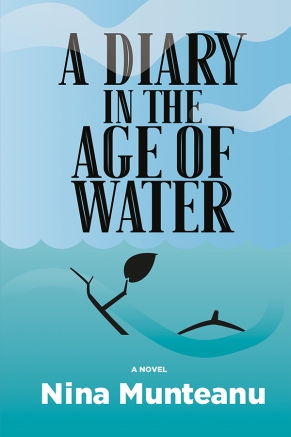 In a presentation that I co-hosted with Kristen Kiomall-Evans at Limestone Genre Expo this past June, our virtually all female audience discussed the role of literature in raising awareness in environmental issues and the possible connections to action. Some audience members questioned the use or appeal of dystopian literature itself. Given the overwhelming evidence in the real news of climate catastrophe, they said, such “negative” literature had lost its appeal for them and they were looking for “optimistic fiction,” something that depicted solutions or a way past the disaster. I reminded them that this was what good dystopian fiction does. Finding hope—and triumph in some cases—in a dystopian world is an important part of a character’s journey in such stories. Even if it is only to get beyond “ecological grief” or the shellshock of “solastalgia;” to find hope. This is often through some redeeming connection—either to an aspect of environment or humanity. Margaret Atwood wrote in MaddAddam, “People need such stories, because however dark, a darkness with voices in it is better than a silent void.”

Evans spoke of the emergence of and need for a strong voice by marginalized groups who would be most affected by things like habitat destruction and climate change. The poor and marginalized will most certainly make up the majority of climate change refugees, starved out and water shorted, and suffering malnutrition, violence and disease.

Evans pointed out that afro-American writers (e.g., Octavia Butler, Walter Mosley, Nalo Hopkinson and N.K. Jemisin) and indigenous writers (Cherie Dimaline, Daniel Wilson, Drew Hayden Taylor) are an exciting voice, providing a new and compelling perspective on ongoing global issues. I would add that the “feminine” voice—the voice of women and the voice of ecology and those who embrace the gylanic voice—are needed. This was strangely not mentioned in the group—perhaps because we were all women—but one. Such a voice can help personalize the experience to readers, by creating discovery, connection and understanding—and ultimately serving a key force in engaging readers to act.

Envisioning Our Future Through Story

One audience member shared a yearning for an optimistic focus through an envisioned world where solutions have successfully created that world. She wasn’t so much suggesting writing a utopia, but including elements of future wishes as an integral part of the world, following Ghandi’s wise advice: be the change you seek. In a recent interview in which I also participated in The Globe and Mail on women science fiction writers, Ottawa writer Marie Bilodeau addressed this concept:

“the best part about writing science fiction is showing different ways of being without having your characters struggle to gain rights. Invented worlds can host a social landscape where debated rights in this world – such as gay marriage, abortion and euthanasia – are just a fact of life.”

People are looking for hopeful fiction that addresses the issues but explores a successful paradigm shift. One that accurately addresses our current issues with intelligence and hope. The power of envisioning a certain future is that the vision enables one to see it as possible.

A colleague of mine, editor Merridy Cox, came up with an excellent literary approach to further connect reader to the environment and some meaning—and possibly fostering action from awareness. She called it “product placement.” The idea is very much like what marketers do in film in which the viewer is bombarded with a stream of subliminal products being used by characters or simply on set: from Apple computers and Starbucks coffee to the brand and make of a car or piece of clothing. The idea of subliminal “product placement” is of course to insight the viewer’s wish to purchase that item for themselves. Merridy suggested that within their entertaining narrative, the author would inject more detailed (and potentially meaningful) information about an aspect of nature and environment. An ordinary tree would now be a black ash whose bark is cracked open like a wound, revealing the carving galleries and D-shaped exit holes left by the Emerald Ash Borer. The reader thinks differently of that tree; it has gained status as a “character.” Something the reader can connect with. I provide examples of “place as character” in my recently released writing guidebook “The Ecology of Story: World as Character” (Pixl Press, 2019).

Ellen Szabo, author of Saving the World One Word at a Time: Writing Cli-Fi suggests that the ability to make environmental issues less political and more personal—through story—permits more engagement by readers and a higher likelihood of action toward justice: we are more likely to take action on the things we love and know.

It’s all about connection.

Stories can never be a solution in themselves, but they have the capacity to inspire action, which is perhaps why cli-fi’s appeal among young adult readers holds such promise. As the scientists and leaders of tomorrow, they may be most capable of addressing climate and water issues where previous generations have failed, writes J.K. Ullrich of The Atlantic.

We are seeing this right now in the major movements—SchoolStrike4Climate, Fridays For Future, Extinction Rebellion, Sunrise—all led by youth.