The Little Rouge in Winter: Up-Close and Personal 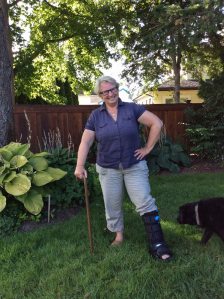 Nina and her boot

It had been a while since I’d visited the Little Rouge woodland. After returning early last fall from a trip to see the magnificent old-growth forest in British Columbia, I went back to my teaching at the University of Toronto and nursed my broken ankle (received not in the wilderness of ancient forests but during a mishap at a garden party!). I hobbled in a boot and used a cane to get around the city. As much as I longed to see my favourite woodland, I’d wisely decided not to venture into the rough uneven ground of the forest—until I could walk without a cane.

It was a brisk January day in winter, when I finally returned to the Little Rouge, ready to scramble down its banks for treasure. The Little Rouge was partially iced over as water rushed clear downstream. Water gurgled under the ice, dislodging some into moving islands. I watched—mesmerized—as the water carried one large ice drift that cracked and groaned until it piled onto another ice sheet downstream. More water gurgled in swirling patterns beneath the ice like a living watercolour. 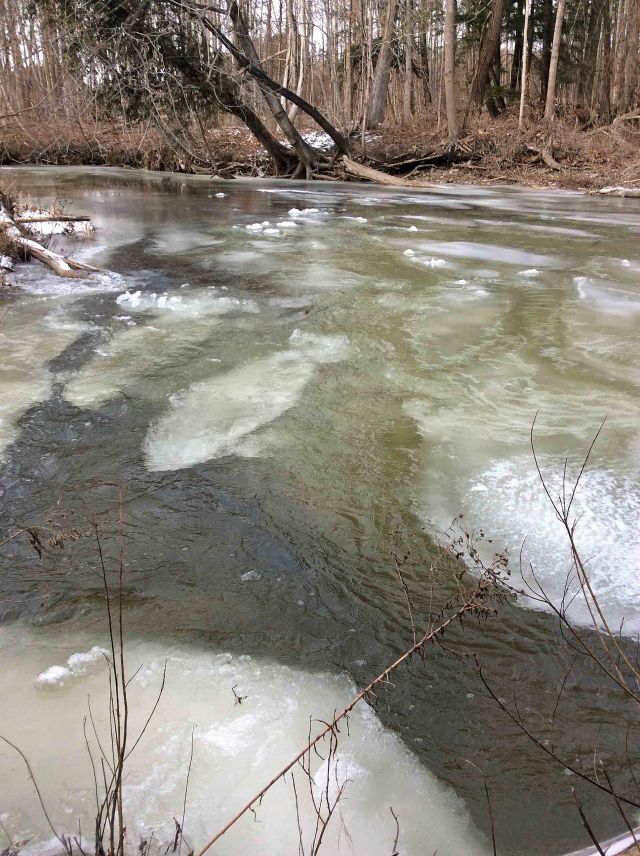 Inspired, I decided to get up-close and personal with my favourite woodland and search the winter forest for things unseen. On first inspection, the forest lay draped in the browns and greys of winter, dusted by pockets of snow and ice. The trees were bare and gave me a clear view into the heart of the woodland and its rust-coloured monochrome of dead and decaying leaves and litter. 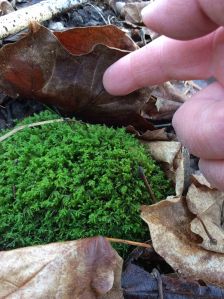 I focused on the forest floor and on nearby trees and shrubs for hidden gifts. One fallen cedar log revealed swirling impressionistic patterns of wood grain, dusted with moss and lichen.

Embedded in the ice of the litter-strewn path, I saw a half-eaten Black Walnut shell—likely dropped there by a squirrel. I found other seeds, dropped in a cedar stand amid a bed of leaves. On close inspection, the leaves revealed a multitude of colours, shades, shapes and textures. Blue, gold, red, and yellow popped amid the ubiquitous brown. 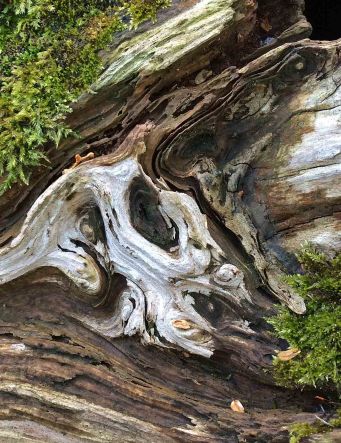 When I poked at the leaves, I found surprising rewards beneath. Pockets of bright green mosses. Islands of young moss colonized the large granite rocks placed along the path. Mosses thrive in the wet winter and spring. Even when covered in snow, moss continues its growth cycle, usually in the leafy gametophyte stage. When the winter is moderate, like it is near Toronto, sporophyte structures can already appear on stalks that hold a capsule full of spores.  In the spring the capsules release spores that can each create a new moss individual.

Many twigs strewn on the leaf-covered forest floor were covered in grey-green lichen with leaf-like, lobes. On close inspection, the lichen thallus contained abundant cup-shaped fruiting bodies. These lichen were most likely Physchia stellaris, common and widespread in Ontario that typically pioneers on the bark of twigs—especially of poplars, and alders. 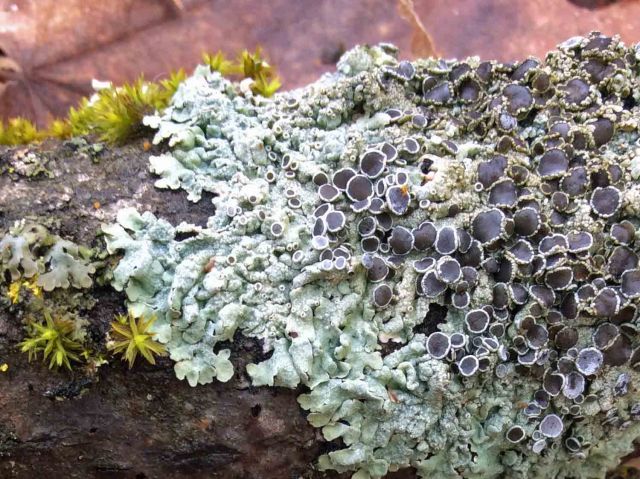 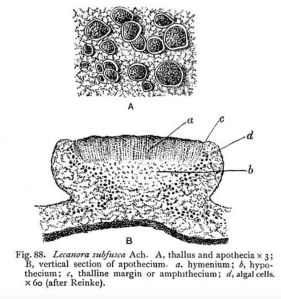 A lichen is actually a complex symbiotic association of two or more fungi and algae. The algae in lichens (called phycobiont or photobiont) photosynthesize and the fungus (mycobiont) provides protection for the photobiont. Both the algae and fungus absorb water, minerals, and pollutants from the air, through rain and dust. In sexual reproduction, the mycobiont produces fruiting bodies, often cup-shaped, called apothecia that release ascospores. The spores must find a compatible photobiont to create a lichen. 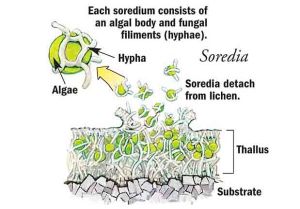 Lichens also reproduce asexually in two ways. One way is through fragmentation; a portion of the thallus simply breaks off and starts a new colony. The second way is through vegetative structures called soredia—algal cells surrounded by fungal filaments or hyphae—which form in the thallus. In the right conditions, they burst through the surface of the thallus and as propagules (such as a stem cuttings, portions of root, seeds or spores) can propagate more of themselves. A lichen might also develop a specific vegetative extension called isidia that fragments as a propagule to create more lichen. 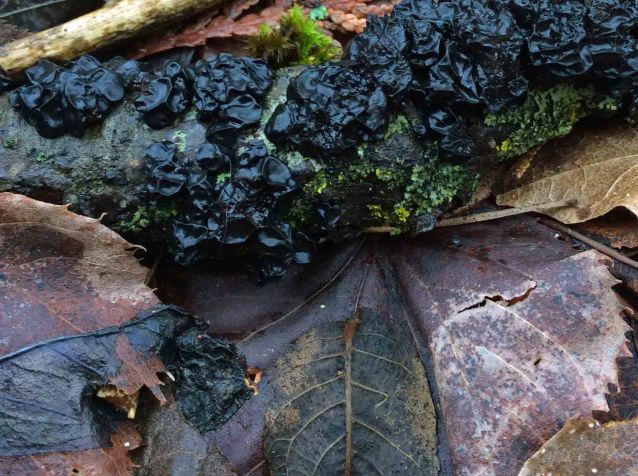 The sun was setting by the time I made my way out of the Little Rouge woodland, soul refreshed and smiling in my many discoveries. 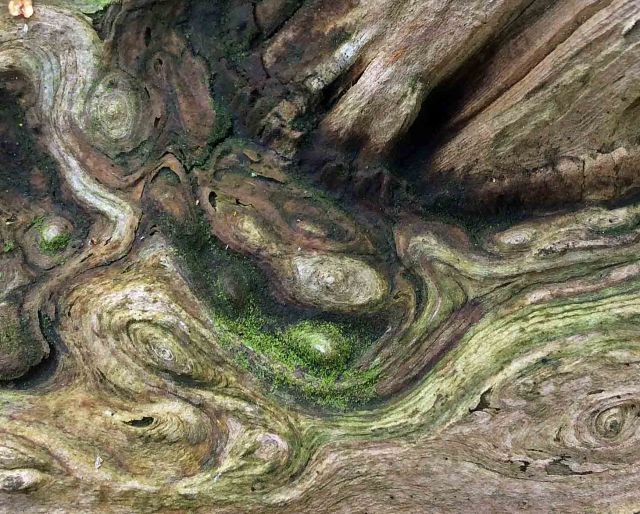 Close up of bark of a fallen Cedar log

One thought on “The Little Rouge in Winter: Up-Close and Personal”