For the Grace of Groundwater…

Two-thirds of the capital’s water use comes from groundwater, and for decades the city has been sinking as underground water pockets fill with air to replace the water. According to Maude Barlow and Toney Clarke (Blue Gold), the city—which sits on porous, spongy subsoil—is sinking at a rate of 50 centimetres a year.

Mexico City is not an isolated case. Groundwater is being depleted throughout the world and GRACE—NASA’s Gravity Recovery and Climate Experiment—has been reporting it since 2002. Since 2002, the pair of satellites have been measuring the shifts of water stored on land related to water management, climate change and natural cycles. GRACE witnessed significant groundwater depletion around the world in recent decades.

Launched in 2002 and decommissioned at the end of 2017, GRACE is more a “scale in the sky,” writes Jay Famiglietti in his article “A Map of the Future of Water” in Trend Magazine. Famiglietti was a senior scientist at the NASA Jet Propulsion Lab during the GRACE missions. GRACE measures “the very tiny space-time variations in Earth’s gravity field, effectively weighing changes in water mass over large river basins and groundwater aquifers,” says Famiglietti. NASA scientists combined GRACE data with satellite-based observations of precipitation and crop irrigation, and climate model predictions to identify the causes of regional trends in freshwater storage. The science team classified the major trends as originating from natural variability, human activity, and climate change.

Climate Change: Greenland’s decrease in freshwater storage is caused by the melting of its glaciers, which lose water to the oceans. Human Activity: California’s extended drought reduced mountain ice packs and river flows, resulting in over-use of aquifers for crop irrigation. Natural Variability: the replenishment of southern Africa’s Okavango Delta from increased rainfall—attributed to natural variability. Many cases result from a combination of all three, but principally due to both climate change and direct human interference; for instance, GRACE detected a dramatic decrease in water stored in aquifers in northern Saudi Arabia caused by aggressive monocrop agriculture and irrigation using “non-renewable water on a human time scale.”(NASA). Groundwater depletion detected in northwestern China resulted from unsustainable diversion of surface water to agricultural areas in the southern deserts— resulting in massive evaporation and loss. Both cases were exacerbated by climate change.

A map of 14 years of data to 2017 was generated by a team led by Famiglietti, now director of the Global Institute for Water Security at the University of Saskatchewan in Canada.

“Water security—a phrase that simply means having access to sufficient quantities of safe water for our daily lives—is at a greater risk than most people realize,” Famiglietti argues. “Over half of the world’s major aquifers are past sustainability tipping points, meaning that the rates at which groundwater is being withdrawn are far greater than the rates at which it is being replenished.”

“These [water losing] aquifers appear as bright-red hot spots on the map, and they are found on every continent except Antarctica. The Central Valley and Ogallala aquifers in the U.S.; the Northwest Sahara aquifer system; across the Middle East, northwestern India, and northern Bangladesh; the North China Plain aquifer in Beijing; the Pilbara basin in northwestern Australia; and the Guarani aquifer in southern South America are all being overly exploited. These great aquifer systems are being mined, primarily for irrigation in the overlying, mega-food-producing regions of the world. This disappearance of groundwater places regional and global water and food security at increasing risk.”—Jay Famiglietti, Trend Magazine

In my speculative novel A Diary in the Age of Water (Inanna Publications), Lynna—a limnologist—writes in her diary in 2047:

According to Wetzel, a natural global balance that fluctuated little has existed for millennia. More water evaporated from the oceans than was returned through precipitation; and on land more water was received through precipitation than lost by evaporation. It’s what gave us our accessible freshwater and allowed terrestrial life to prosper.

But we’ve upset that balance.

Mostly by just being here and making more of ourselves.

Just last week, Daniel was telling me that we’re adding a new Ethiopia to the planet every year. A hundred and forty people a minute, he said. We’ve engineered our environment and waterways to suit our lifestyle and our growing population. Irrigation, land clearing, diversions and dams. Creating huge areas of impermeable surfaces. Mining all our groundwater. We’ve changed the entire hydrological cycle, Daniel said; I knew this. I knew it all. I didn’t need him to remind me how it all created erosion, runoff and flash floods. How we’ve accelerated water turnover on land. How India’s lost most of its farmland to salt.

I can still hear Daniel responding, “Wouldn’t you be if you were treated with such cavalier disrespect?”

While the lion share of groundwater loss can easily be attributed to an inefficient monocrop food industry exacerbated by climate change, other industries that mine groundwater are also making an impact on watersheds and communities within them.  Bottling companies overuse and deplete key watersheds: Coke, Pepsi, Nestlé and others “mine” aquifers of community watersheds for profit and often without regard for local needs. Nestlé, for example, is currently taking 3.6 million litres of groundwater per day in Aberfoyle, Ontario, depleting the resources of a nearby community at Mill Creek.

As water availability shifts and disappears in these hot spots on the map, this raises important questions:

“Is the world prepared for potential waves of displaced people, like those from Syria, where drought plays an important role in the conflict and the refugee crisis? How will the billions of residents across South Asia respond when disappearing glaciers and groundwater begin severely limiting the availability of fresh water and disrupting livelihoods? Will they become water refugees, and will migration be haphazard, event-driven, or managed? Are neighboring countries willing and prepared to accept potentially displaced populations?”—Jay Famiglietti, Trend Magazine

If food production continues in its current fashion and in its current locations (mid-latitudes) more water will need to be imported from wetter areas. Some areas such as California, China, India, and Argentina are already doing this or considering it. These are often met with resistance and are inefficient at best.

“…discussions to build freshwater pipelines from water-rich regions like Alaska, the Great Lakes, or the Mississippi River to food-producing regions like the Central Valley or the southern High Plains—to grow food for Americans—have always been politically charged.”

Famiglietti is talking about NAWAPA, CeNAWP and other large-scale projects that have been on the table and before congress since the 1960s. While Famiglietti was careful to only include US regions in these projects, the reality is that Canadian water resources were to play a key role in the original—and still ongoing discussions on—plans for major water diversion to rehydrate America.

I used the NAWAPA and CeNAWP plans as a premise in my latest speculative novel A Diary in the Age of Water. In my novel, plans for extensive pipelines and massive reservoirs—including the creation of a huge inland sea in the Rocky Mountain Trench—have proceeded with disastrous ecological and sociological results. 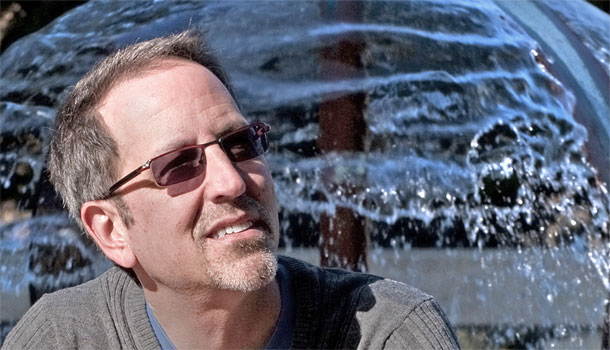 In his article in Trend Magazine, Famiglietti discusses some ways that industry—and associated governments, non-profits, banks and academics—can better manage our surface and ground water resources. Much of this must aim at food production, which is currently run like an industry that is oddly enough highly inefficient, environmentally damaging and does not consider ecosystem science. This includes the use of unsustainable agri-businesses that use chemically treated monocrops and plantations, together with inefficient irrigation and diversion projects in areas ill-suited for agriculture. It also includes voracious groundwater mining for huge profit by the water bottling industry.

“Of course, there is also action each of us can take as individuals,” says Famiglietti. “We can use more efficient plumbing and reduce outdoor watering at home. And we can adjust our diet, turning to foods that require less water. A pound of beef, for example, requires roughly four times as much water to produce as a pound of chicken.”

Nina Munteanu is a Canadian ecologist / limnologist and novelist. She is co-editor of Europa SF and currently teaches writing courses at George Brown College and the University of Toronto. Visit www.ninamunteanu.ca for the latest on her books. Nina’s bilingual “La natura dell’acqua / The Way of Water” was published by Mincione Edizioni in Rome. Her non-fiction book “Water Is…” by Pixl Press(Vancouver) was selected by Margaret Atwood in the New York Times‘Year in Reading’ and was chosen as the 2017 Summer Read by Water Canada. Her novel “A Diary in the Age of Water” was released by Inanna Publications (Toronto) in June 2020.